While she was abused, her parents played country music, so they don’t get to hear her scream, and as a result, even more than 2 decades later, she can’t listen to country music, because it reminds her of what those monsters did to her.

She spent more than 5 years in this way until she was rescued. When she was rescued, she weighed only 25.6 pounds(11.6 kg), the size of an average two-year-old. She later became an advocate for abused children. However, when she was 25 years old, she was arrested for the sexual abuse of a child.

Update: 12th Oct 2021: The sexual assault charges against “Girl in the Closet” Lauren Kavanaugh, who was abused by her family as a child, have been dropped.

Who is Lauren Kavanaugh

When Lauren’s biological mother, Barbara Calhoun was four months pregnant, she first crossed paths with Bill and Sabrina Kavanaugh. Barbara had recently moved in with Sabrina’s relatives. Sabrina and Bill both wanted to adopt a child, and at that point, Barbara seemed more than willing, she had no idea who the father was.

Sabrina drove her to every medical appointment, she sat in the hallway while doctors and nurses quizzed the young mother to ensure that she was not forced into giving her daughter up for custody to Sabrina and Bill.

When Lauren was born, her mother Barbara rolled to the side and looked away, refusing to hold her newborn. Sabrina grabbed the umbilical cord. The next day, adoption papers were signed and Sabrina fed Lauren for the first time. When she asked Lauren’s mother if she wanted to hold her, she shook her head and turned away.

The next day, young Lauren sat in the back seat with Sabrina Kavanaugh on the way home from the hospital.

However, eight months later Sabrina’s phone rang and it was Barbara’s attorney, who called to say that Barbara was filing a petition to take Lauren back. In the intervening year-long custody battle, Barbara married Kenneth Atkinson, a high school friend.

Barbara changed her mind, she now wanted Lauren back, and due to a mistake, Barbara won custody of Lauren. Kavanaugh’s lawyer never filed paperwork to terminate Barbara Atkinson’s parental rights.

Soon, the Kavanaughs lost Lauren little by little over the next year. In 1995, a traveling judge from Houston County, Lynn E. Markham, awarded permanent custody to Atkinson.

Why would a mother fight to gain custody of a child, whom she let go, and then torture her? Not only did she fail to protect Lauren, but she also tortured her, and for more than 6 years she seemed to take pleasure in her child’s pain.

Chew it but don’t swallow

After Barbara won the custody battle everything started to go downhill for Lauren, at the age of three the abuse began. Lauren was confined to live in a dark, lice-infested, and urine-stained closet, she was referred to as a little secret by her mother and stepfather, Kenneth Atkinson. She was forced to live in a 4 ft by 9 ft closet.

Lauren was denied food, physically beaten, and sexually abused by her mother and her stepfather for over five years. Not only that Lauren was also sexually abused by boys and girls who her mom and stepfather brought home. She was beaten with a paddle as well as sharp objects and sometimes the abuse was taken to the next level by burning her with cigarettes.

“My mom would bring home guys or girls to have sex with me. If I screamed or yelled, that really made them mad. My parents thought it was hilarious for them to watch. And I had to do what they said, so I could stay alive. My stepdad would get the gun beside his bed, put it to my head and pull the trigger, pretending to shoot me.”

Barbara had six children with four fathers, all of Lauren’s siblings knew about her being kept in the closet, but Barbara and Kenneth warned them not to utter a single word of it to anyone. There were times when Kenneth would put a bowl of broccoli in front of Lauren and say “Chew it, but don’t swallow.”

After Lauren was successfully rescued, her siblings revealed that they often heard Lauren shrieking and screaming at night, but they had no hint that their parents were sexually abusing her.

The abuse was uncovered when Kenneth told a neighbor about Lauren, Jeanie Rivers. Jeanie wasted no time and went to her home and told her husband Joe, who called the police. “It just got to the point where he couldn’t take it anymore. It’s unbelievable, I had no idea it was going on,” said Jeanie Rivers.

When officers arrived, Lauren weighed just 25 pounds, was in a filthy state, and her matted hair was infested with lice. Lauren was taken to Children’s Medical Center in Dallas, where she was being treated for malnutrition. Doctors had to use a feeding method for Holocaust victims because her body was severely emaciated and lacking food.

Her skin came off her back and bottom, her teeth were broken and her stomach was bloated. If it had taken longer, Lauren would not have survived, as her organs were shutting down.

Lauren’s esophagus was clogged with feces, carpet fibers, and plastics and poor Lauren didn’t know how to sit in a chair, or how to write or to recite her ABCs. When she came out she couldn’t recognize the sun or any basic object, even though she had not been potty-trained.

The arrest of Barbara and Kenneth

Police officers who were in the house said she had suffered years of sexual abuse, but they decided that testifying in court would be too traumatizing for the youngster, so the Atkinsons were never convicted of rape. Lauren’s mother and stepfather were arrested and charged with injury to the child.

Other children who were in the house were between 22 months and 11 years old, they all went into emergency care. All the other children were well, but they were not well enough taken care of, the mobile home where they lived was full of dirty garbage and animal feces. Lauren’s siblings were instructed to lie about her existence.

Barbara and Kenneth were sentenced to life in prison in 2002, they are eligible for parole in 2031. After six years in the closet, Lauren was adopted again by Bill and Sabrina Kavanaugh, who showered her with love and affection all the time.

“I could not get out, no matter what I did. It was always dark. I didn’t get fed. I didn’t get to eat. I had to go to the bathroom in the closet, where I slept. I had a pillow on the floor and maybe a blanket every now and then, if I was good I would cry until I fell asleep.” said Lauren Kavanaugh.

Children who are abused during the first three years of their life often face irreversible cognitive damage. Many times these children are never going to be as functional or as bright in their lives, due to the fact that they were neglected and abused during their most formative years. Lauren had a tough time overcoming her trauma, she went on to study psychology at college and in staunch support of other victims of sexual abuse.

The abuse had a lasting impact on Lauren’s life, as after several years she still cannot listen to country music because her parents played it to drown out her screams. She has attempted suicide more than 30 times and suffered daily flashbacks of her nightmarish childhood.

Lauren’s now girlfriend says that her partner’s past life still impacts both of them. “I know she’s having a flashback because she stops right in her tracks, if we are somewhere that doesn’t have a closet, she will go to the shower, turn on the scalding hot water and sleep in there.” Lauren had struggled with drug and alcohol addiction in recent years.

In an interview in 2013 with Dallas Morning News, she said “She was supposed to be my mother, and she treated me like crap.”

In December 2018, Lauren, who was 25 at the time, was arrested and charged with sexually abusing a minor. Lauren met the 14-year-old victim on her Facebook page, “The Lauren Kavanaugh Story” where she had offered support to other abuse victims, and the page has since been disabled.

A sexually explicit conversation on Facebook prompted police to question Lauren and contact the victim’s family about the allegations. During an interview with the police, Lauren admitted to having a “sexual relationship” with an underage girl.

Both the teens and Kavanaugh admitted to a “sexual relationship” which the teen told the officers that had been going on for the past two months.

“There was no force. There was no kind of threatening, It was a consensual relationship, but due to the age of the victim it is against the law of in Texas,” said Capt. Joseph Hunter.

Greg Westfall, the criminal defense said the case should be dismissed because of Lauren’s horrible upbringing, “Trauma affects the growing developing brain of the child, so the brain grows according to the experiences.” He said “When children have a steady diet of harm and danger, we’re going to anticipate a much more dire outcome”

In March 2019, Lauren Kavanaugh was indicted on three counts of sexual assault of a child.

Girl in the closet, Lauren Kavanaugh, released from Jail

The sexual assault charges against “Girl in the Closet” Lauren Kavanaugh, who was abused by her family as a child, have been dropped.

According to Denton County court records, prosecutors filed a motion Tuesday to dismiss the three counts of sexual assault on a child, and the case was closed the same day by a judge.

Prosecutor Lindsey Sheguit said Monday she couldn’t go into detail, but that the decision was made as part of a “collaborative effort” between the DA’s office and local experts.

According to county records, Kavanaugh, now 28, was released from jail on Wednesday, 13th October. Her court-appointed attorney did not respond to a request for comment. 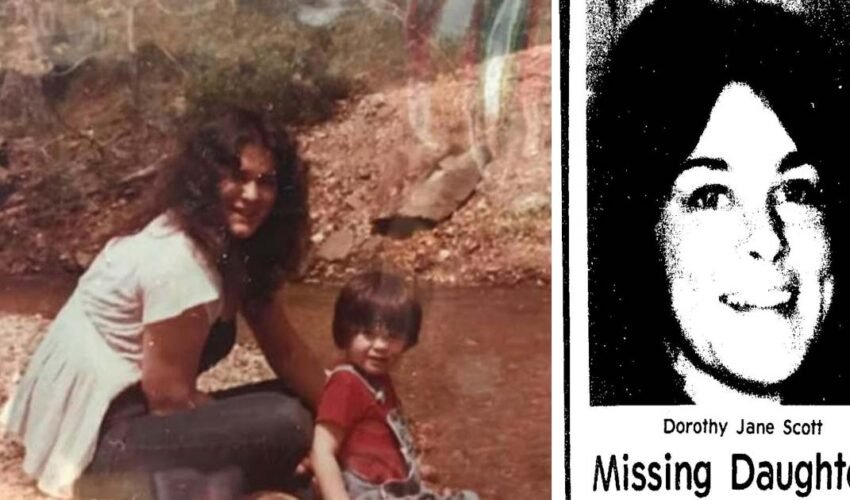 Kelly Anne Bates was dating a man three times her age. She told her parents about it who tried to…