On May 31, 2014, two 12-year-old girls, Anissa Weier and Morgan Geyser, lured their best friend Payton Leutner into the woods and stabbed her exactly 19 times with a five-inch blade in an attempt to become proxies for the fictional character The Slender Man.

Payton managed to survive the brutal attack and crawled to a road where she was discovered; fortunately, she recovered after six days in the hospital. Anissa and Morgan, the attackers, were found not guilty by mental disease or defect and were committed to mental health institutions for 25 and 40 years, respectively.

Who is Slender Man?

Slender Man is a fictitious entity created for a 2009 Photoshop paranormal image contest on Something Awful online forums, created by user Eric Knudsen. Slender Man, as depicted in the artwork, is a tall, thin character with a featureless white face and head. He is sometimes seen wearing a black suit and with tentacles growing on its back.

According to the Slender Man myths, the entity can cause amnesia, bouts of coughing, and paranoid behavior in people. He is frequently depicted as hiding in forests or stalking children. The myths surrounding Slender Man were later expanded by a number of other people who created fan fiction and additional depictions of the entity.

What prompted the slender man stabbing?

Morgan was permitted to have two friends over for her birthday each year; similarly, in 2014, she had a sleepover with Anissa and Payton. This is when they plan to murder her friend. The girls lured Payton to the woods the morning after their sleepover, then tackled and stabbed her, leaving her to die.

According to Annisa’s interrogation tapes, “I was told that if I didn’t do something, my family would be in danger.” She feared that if she didn’t honor Slender Man’s request to kill Payton, he would murder her family.

When the investigators discovered Morgan and Anissa, they informed them that they were on their way to live with Slender Man. A man entirely made up of fiction. The girls were prosecuted as adults.

Morgan was Payton’s first ever friend

Payton approached Morgan because she was sitting alone, and they quickly became best friends. They hung out after school, had sleepovers, and joked around like any other pair of best friends. Morgan gave Payton the endearing nickname “Bella.” During the investigation, she stated that Payton had been her only friend for a long time.

Payton and Morgan’s friendship was wonderful until Anissa entered their lives. Morgan and Anissa became friends in sixth grade, and then everything fell apart. They were obsessed with Slender Man, which scared Payton, but she said she went along with it anyway. “Morgan liked it and thought it was genuine, so I agreed. I was encouraging because I assumed that was what she preferred.”

According to Pyton, the three were having a slumber party to celebrate Morgan’s birthday, but their usual niught of roller skating, pizza, and playing with their American girl dollgs turned creepy.

Payton said that looking back on the night, the sleepover was a little different from all of their others because Morgan didn’t want to stay up all night and they went for a walk the next morning.

The attack started in the park bathroom.

“Anissa attempted to knock Bella unconscious. Bella became enraged, and I began pacing in circles,” Morgan told police. Payton stayed with the girls despite the fact that they had just agreed to fight her. Anissa and Morgan then dragged Payton into the woods and stabbed her.

The exact details vary because Morgan and Anissa both told different stories during their interrogation, each pointing fingers at the other about whose idea the attack was originally. But one thing remained consistent throughout the investigation: Morgan repeatedly stabbed Payton with a kitchen knife while Anissa stood nearby.

I have wanted to hurt people before, but they’re not nice to me. So they deserve it,” Morgan said to a detective.

Payton was stabbed in the chest, abdomen, arm, and legs, according to Dr. Brian Huckstorf. Her arm had five wounds, her leg had seven, and the rest were scattered throughout her torso. Payton was in intensive care for weeks and came out with 25 scars as a result.

Greg Steinberg was riding his bike on Saturday morning when he came across Payton, who was lying in a grassy area after crawling out of the thicker woods where she had been stabbed. “Can you please help me, I’ve been stabbed multiple times,” she said as she came to a halt. Steinberg called 911 right away and offered her some water. On the phone, he can be heard telling Payton, “Honey, he’s coming.” They’ll be there in a flash.” An ambulance arrived soon after.

While Payton fought for her life, Anissa and Morgan dashed through the woods in search of Slender Man now that their deed was complete. After walking 4.9 miles, Morgan and Anissa were apprehended near I-94 at Steinhafel’s furniture store. They were carrying the knife they used to stab Payton in their bag, and while Morganm felt no empathy, Anissa was described as feeling guilt for stabging the victim but believing that the attack was necessary to appease Slender Man.

A jury decided in September 2017 that Weier should be treated for the Slender Man delusion that led her to attempt to murder her sixth-grade classmate rather than imprisoned for the crime. Ten of the twelve jurors agreed that Weier had a mental disorder when she and Geyser attempted to stab Leutner to death, and that it kept her from realizing what she was doing was wrong.

In December 2017, Anissa was sentenced to the maximum 25 years in a mental health facility after pleading guilty to being an accomplice to second-degree intentional homicide. Morgan was sentenced to 40 years in a mental hospital after pleading guilty to attempted first-degree intentional homicide in February 2018.

“It’s been a long time. However, this is a matter of community safety. This is a concern in order to prevent recidivism. This is an issue to ensure that Ms. Geyser does not have a revolving door situation in which she ends up in the community, things fall apart, and she returns,” Judge Michael Bohren told The New York Times.

More than five years after being stabbed 19 times and nearly killed by her classmates, Payton spoke publicly for the first time on ABC’s “20/20,” which aired a two-hour episode about the case. The special included new interviews with Leutner’s parents, Angie Geyser, and police detectives. She stated that she agrees that adult court was the proper venue for Morrgan and Anissa. In the episode, Leutner said, “Adult crime is adult court. 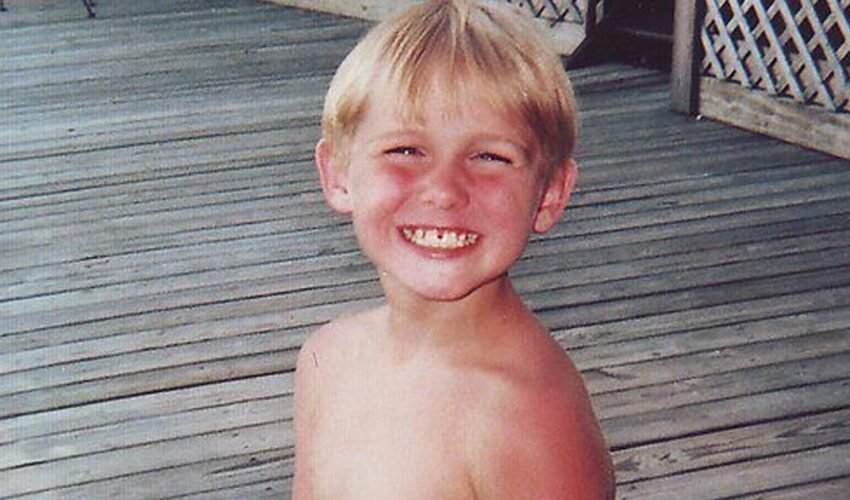