It was November 25, 2015, Heather Jones called the police to report an incident of a domestic disturbance. Heather claimed that her husband had tried to shoot her. To the police, it was another instance of domestic violence, but they were not ready for it – it would turn out to be the worst case of child abuse they had ever experienced.

Adrian Jones had been tortured by his biological father and stepmother in his short life, he had been starved and beaten when he tried to eat.

Trigger Warning: This article contains horrific details of what happened to Adrian Jones, which could potentially upset readers.

What happened to Adrian Jones?

Adrian Jones was born to Michael Jones and Dianna Pearce and lived with his biological mother in Lawrence, Kansas for the first few years, but when he was found unattended at home, he was removed from his mother’s custody and placed in his father’s care.

Adrian’s father married Heather Jones, and they lived together with seven children aged between 2 and 11, including Adrian Jones.

Once there, the police noticed that one of the children, Adrian, had been missing for several months. They searched the house and the surrounding area, there was no trace of Adrian, but they found some remains of seven-year-old Adrian Jones.

Police noticed that the surveillance cameras were set up all over the house – there were a total of about 30 cameras that overlooked all corners of the house. They found out that the cameras in the house had captured the unimaginable abuse that Adrian endured and ultimately his death.

The house was dirty, there were bullet holes in the walls – and the house was full of garbage. Six other children who lived in the house were removed from the house and taken into protective custody.

After Michael and Heather were arrested, Heather asked her landlady Jen Hoevers to save pictures of her children from her Apple iCloud account. When Jen accessed her iCloud, she discovered horrific images of Adrian, images that showed what had happened to Adrian Jones.

The images in Heather’s iCloud revealed the situation Adrian was living in, there were images of Adrian before and after his death, images of his ongoing abuse that had escalated to such an extent that even an adult would find it impossible to deal with it emotionally and mentally.

Jen handed the images of Heather’s iCloud over to the police, which showed how the abuse got worse over the years, and in the last few months of his life, it became unbearable. Adrian went from a healthy little boy to an emaciated one, he now had rotten teeth and sunken eyes. He tried to escape, he tried to get help, he tried to eat, and he tried to live, but in the end, 7-year-old Adrian Jones could not withstand the abuse from his father and stepmother.

Michael and Heather kept Adrian locked in a shower behind a plywood door. Most days he was kept locked up and one day he was forced to stand in a swimming pool with water up to his neck for hours. He was constantly shackled, handcuffed, tied, and starved. Other forms of his torture included strapped to an inversion table, blindfolded and forced to stand outside in the freezing cold, and sometimes he was forced to sleep.

In some photos, Adrian was strapped with cutting boards at the front and back, which forced him to stand straight. Other photos showed him naked in the shower cubicle on what may have been the last days of his life. There was a video in which Adrian was repeatedly punched in the face with a broomstick.

Michael and Heather did not call him by name, they called him the boy, his ankles had been bent out of shape by the blows and held back all the time.

Heather’s Facebook account was full of details about Adrian’s abuse. She posted a post about tasting him. In one of her posts, she referred to an episode of “Walking Dead” in which a character shoots a child in the back of the head while telling her to look at the flowers.

She posted: “Walking Dead’s look at the pretty flowers yea I’m bout to pull that shit!’ she shared the post on Christmas Day 2014, joking a few days later that she might have to feed some pigs.’

Michael had set up alarm systems on the refrigerator, and food cupboard, so if Adrian ever tried to get food, they were notified, and they punished him for eating. Eventually, 7-year-old Adrian Jones starved to death.

After Adrian’s death, Michael and Heather brought some pigs, and it was claimed that they had not fed the pigs for a while and had thrown Adrian’s body to them.

Why did no one try to help Adrian?

Why did the abuse go unnoticed for so long? Why did no one try to help him? The eldest boy in the house was 11 years old, perhaps afraid of his parents, and did nothing.

But in 2013, two years before his death, Adrian told the Children’s Division employee and a police officer that his father kicked him in the back of the head so violently that a “small bone came out.”

Adrian, however, was not removed from the home as no signs of physical abuse were found.

The child welfare system tried to provide Adrian with intensive home services, but Heather and Michael were the least interested, and after a few weeks they refused to cooperate. They informed the welfare system that their main residence was now in Kansas and they no longer needed their services.

Adrian spent a few months in a treatment center, after which he was diagnosed with post-traumatic stress disorder. Michael and Heather were allowed to have Adrian back home, provided they followed a follow-up plan, but unfortunately, nothing of the sort happened.

The Jones family were no strangers to the child protection system, having received 10 calls about the abuse in the house, with one anonymous caller reporting that “the mom beats the living daylights out of the kids for no reason.”

During one of their home visits, Adrian told them that he was forced to sleep outside and steal food from the trash can. When they visited him again, he told them that his father and stepmother were very mean to him and that he was locked up in the closet at night for no reason, but no one did anything to help him.

Adrian’s grandmother questioned the authorities: “All that stuff Adrian said, why didn’t they pull these children out of the house?” She filed a lawsuit accusing social workers in Kansas and Missouri who knew Adrian was being tortured, and they could have prevented his death.

Michael Jones and Heather Jones were charged with first-degree murder and both pleaded guilty to first-degree murder and were sentenced to life in prison with no possibility of parole after 25 years. Heather told the court at Heather’s sentencing that she could not return now and that she was not strong enough to protect Adrian. When the evil couple was charged, the prosecution described the most heinous abuse cases they had ever seen.

“I can’t go back now but I truly from the bottom of my heart am sorry I wasn’t strong enough to protect him. I wish I could take it back.”

Adrian could have been saved if his cries had been heard, if someone had removed him from his father’s house, he could have been saved. In 2018, Missouri passed Adrian’s law to help the state track down families moving across state lines to avoid child protection officers. It is critical that in 2020, and the years that follow, the pleas of children are not ignored. Adrian’s law is only one step in this process, but it is the duty of each individual to report signs of child abuse or neglect. If you see something, say something. 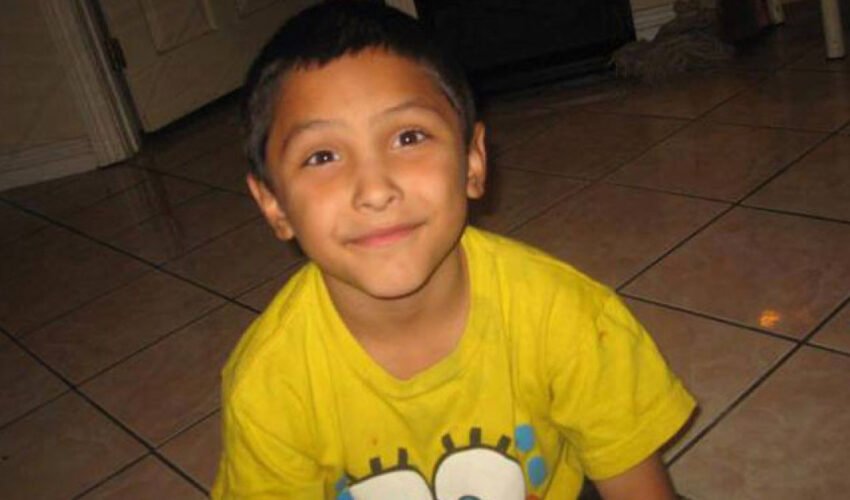