A Funeral Worker is one who prepares deceased people for funerals, wakes, and interment by embalming, dressing them, and putting them inside caskets. Funeral Workers have one of the scariest jobs ever, spending most of the time with the corpses on a debatable level that many of us could hardly comprehend.

A Redditor asked funeral workers, or undertakers and morticians about the worst cases they’ve worked on and results were either quite sad or very horrifying, but all of them will make you wonder – is justice always served the right way?

From Redditor /u/-_Ryan_-: [There was a] guy [who] commit suicide by shooting himself in the back of the head two times and then hanging himself. I have no idea how he managed it. Not even sure how it’s possible but who am I to argue with police?

Head Was Pushed Down Into The Body

from Redditor: u/ulicBelouve: [There was a]Motorcycle accident with the rider having no helmet. [He] Had no head [Lost his head in the crash]. Wandering the ditches to find the head at the butt-crack of dawn. [They couldn’t find it but], still walking and looking, and you start seeing things in that odd dusk.

Thinking [they] might trip over a detached head in the ditch. Other responders eventually figure it out: [the] head was pushed down into the body.

Christmas Tree turned into a Furnace

From Redditor /u/BenicioDelPollo: My dad did autopsies for a while. [He] Said the worst was a little girl who’s charred in the fetal position. Supposedly when her house caught fire she crawled under the Christmas tree, which then turned into a furnace.

That Nursing Home Deserved To Be Shut Down

From Redditor /u/PastelPastries: My mom works in the transplant field, and two of my aunts are in medical. One Christmas I was [at] home, they were passing around the table a pic on their phone of this guy on the autopsy table with his [behind] rotted off to the bone. Turns out he was a paraplegic in a nursing home.

The nurses just neglected cleaning his [behind] for so long that it rotted off and he couldn’t feel it, and it wasn’t discovered until he was on the table (how??).

I got pissed off because they were debating if they should report it. Like yes, you should, you’ll be in one of those homes soon so you should really give a damn about the treatment.

Burying his Own Son

There was an Amish father who accidentally killed his son when they were tilling the field. The father’s one request [was that] he be allowed to bury his son himself after the ceremony

Jumping off of an Overpass

by Redditor: u/Vani11aGoria7: [Not a Mortician but] my dad’s a police officer [and] there was a guy that was running from the cops and jumped off of an overpass to try and get away. He ended up being decapitated by a spiked fence that was below.

By Redditor: u/Laf1: I sometime work for [My Father, who was a mortician] even though I don’t intend to inherit that job. Anyway, we had a baby with Down syndrome. We were told that he died of suffocation since he slept with face down. However, I noticed a few scratches around his mouth.

They weren’t noticeable unless you see it really closely. I was paused for a moment because he could be murdered, but I didn’t tell my dad about this bc I didn’t wanna make any fuss. This is the first time I shared this. The truth has been covered but I’ve been forcing myself to think that I saw it by mistake.

Death By Electrocution But No Electricity in Town For Decades

From Redditor /u/Azryhael: “[I] am both paramedic and mortician, so I’ve seen some real doozies. One of the most bizarre was the [of a] fellow who, upon autopsy, had his cause of death declared as electrocution, despite the fact that the abandoned farmhouse he was in hadn’t had electricity in decades. Lividity and decomposition both supported the conclusion that he died where he was found, so it wasn’t a body dump, but there was no possible way for him to have been electrocuted there…

“He was inside the wooden building with no damage to the roof. [His Body was] in the middle of the room, too, so it’s unlikely that he was touching anything potentially conductive that could have passed the current of a lightning strike through his body. Just plain weird.”

Did pillow kill a Heroin Addict?

From Redditor /u/EilrahcNotneb: “It isn’t particularly strange, but one that stuck with me was a man who was a heroin addict. Coroner ruled that it wasn’t actually the heroin that killed him, but his pillow.

“The man injected so much he lost control of his body and fell face down onto his bed. He was completely paralyzed and eventually suffocated.

“If I hadn’t already decided, hearing the details and seeing the faces of his family made me swear to never go anywhere near that sh*t.”

From Redditor /u/hermarine: “Not a Mortician or EMT/Cop/Fire etc. Just a Dad who chaperoned his 15yo kid for their class tour of the local county Sheriffs Dept Forensics department.

Kids were morbidly curious at why this car with front end damage and no back windshield was in the warehouse. Tech offhandedly said a guy committed suicide by kicking out the back window, tied a long rope to a tree, ran the rope through the empty window, tied it around his neck, then floored it across this field, decapitating himself when the rope snapped taut.”

From Redditor /u/constantterror: “Not a mortician. Had a very bizarre case of death in my apartment building. On the second floor, there lived a completely crazy old hag. She would stand on the balcony naked from the waist down, throw sh*t at people below, loudly swear at anybody she met. Almost killed me with a glass jar to the head, missed me by the inches when I was walking out of the building. And she somehow had gotten herself a seventy-year-old lover who lived with her (God knows why).

“Anyhow, there was a sudden lull in her appereances, and after a while her neighbours noticed an unbearable stench coming out of her flat. Police got involved, they broke down the door, and inside was a very horrifying scene. There, on the bed, was she and her lover. She was dead for two weeks, her lover was dead for AT LEAST three months.

“Apparently, she kept his death secret to receive his retirement benefits using his documents and slept with his corpse in the same bed. And the flat itself … It was just a garbage dump, with meter-high piles of rags, refuse and rubbish lying around. And in the center of the room there stood a big (50 kg at least) open tub of dairy butter.” 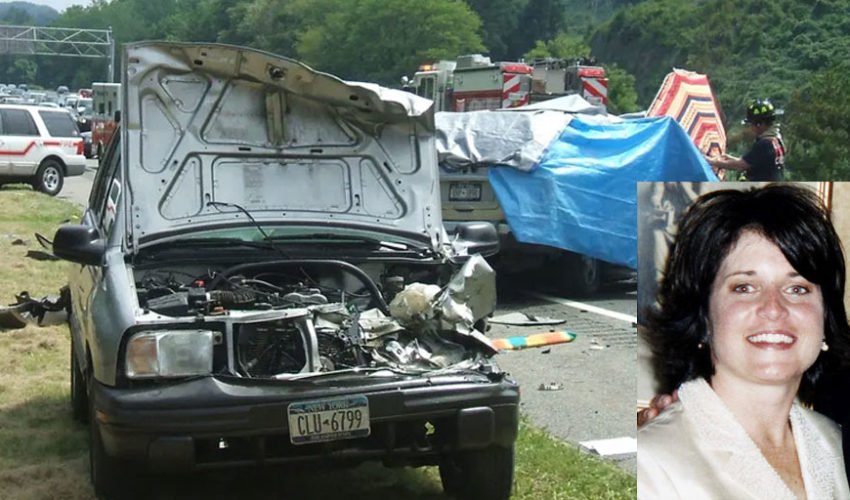 The Death of Elisa Lam; Unsolved Mystery at Cecil Hotel

A University of British Columbia student decided to venture towards the West Coast, eager to take a break from her…