When a Nature’s Hike turned Unnatural – April, 1, 2014 saw such an unimaginable and unsolvable incident in the Jungles of Panama, when two young women from the Netherlands went hiking in the jungle of Panama and never came back.

Search parties tried for several weeks only to find their severed limbs, skin, their bag packs and camera, with photos that made the locals, the authorities and the women’s families confused and horrified about what exactly had happened to them.

Two young students from the Netherlands, Lisanne Froon and Kris Kremers, decided to spend their gap year in Panama volunteering to teach the students there in the local community, learn Spanish, do some good before starting their lives in the real world. The nature enthusiastic women wanted to explore the place as much as possible while their time in the city.

Froon and Kremers apparently, as per their diary entries and Facebook posts, had arrived in Boquete a week early for their program and thus had time to kill, before officially getting settled in.

What happened to the girls?

Since the women had arrived early in Boquete anyway, they decided to hire a guide to provide expert knowledge about the area that they were interested to explore. As per the Social media posts of the two women, both of them decided to check out the surrounding area by themselves around the active Baru Volcano towards the Continental Drive.

The women asked for directions and information from the local innkeeper and decided to set out on that ill-fated adventure by asking for a ride from a cab driver, who dropped them off at the bank of the river from where the hike began.

The women just had the company of the dog of the lady who was supposed to host her home to the two girls, named Blue. Apart from that, they just had one backpack between the two of them and their cell phones.

It was found out and is known that many hikers and tourists have gotten lost in those jungles of Panama while trying to have an adventure. But as per the geographical experts, the local area covers 3 km of the hike and the people who get lost usually find their path and turn back up in the city. The dog, Blue, who followed the two girls to the hike, came back out of the forest as the day ended, but the two women did not.

When the next day came and there was still no news of Froon and Kremers, then the local authorities decided to organize a search party to find the two women and also informed their families back in the Netherlands.

The frantic parents of Froon and Kremers landed in Panama, since they also had been unable to get a hold on either of their wards, and had missed their check-in calls 4 days in a row.

The initial search revealed a backpack

There were already search parties in place for finding the two women, Froon and Kremers, but their parents also got their sources aligned to search for them. The 10-day search turned into a 10-week-long program, but unfortunately yielded no results.

No results until a local tribe woman found the backpack the women carried on the bank of a nearby river. The bag had all their belongings completely intact and the authorities were able to account for their cell phones, sunglasses, a camera, some money and a water bottle.

When the cell phones and the camera were found, the authorities had a clue to work upon, and the search began again. The records showed that Froon and Kremers had tried to dial both the emergency services of the Netherlands and Panama several times. 77 to be exact, in 4 days.

This just proved that both Froon and Kremers were trying to reach out to someone for help even when the search parties began scouting the jungle trail. Just one of those 77 calls got connected, that too even for two seconds, because of how deep they were in the forest with no connection to the outside world.

They kept trying to reach out until their phones died by 11th April, ten days after they went on that hike. But the strangest thing about this was that the authorities found out after checking Kris Kremer’s phone that someone had tried to unlock it several times unsuccessfully, which only indicated that there was a third person there with them, who had access to their cell phones.

The camera found in the backpack had hundreds of pictures and the strangest of them was one of Kremer’s back of the head, smeared with blood, which made it seem like she had taken a fall.

There were many random images as well, which looked like the two women were trying to keep a trail of their surroundings, by determining where they were.

After then, Kremer’s clothing was also found neatly folded and completely intact.

Severed body parts were found after 2 months of disappearance. The deaths of the women, Froon and Kremers was solidified, when a severed foot was found not far from where the backpack was found initially, near the river bank. Reportedly, it looked it got broken after falling off a great height and a hard fall. It had an intact human foot with enough flesh for a DNA test. The tests confirmed that it was Froon’s foot.

After that there were many remnants of the bodies found, bits of skin, bleached bones. All of it looked like was scattered over in the forest by the river, or maybe by a person intentionally. Which one was the case was unclear.

What happened to the girls in Panama?

With many reports and some evidence as well, it was also said that some indigenous tribes of Panama committed human sacrifices. There was no proof that this tribe was linked and had anything to do with the death of the two women, Froon and Kremers, but there were definitely some speculations that these women could have been caught and sacrificed by these tribes, who believed and practices these heinous acts.

Although, it remains unclear to this day, exactly what happened to those two women who went on that nature’s hike on that ill-fated day of April in 2014. 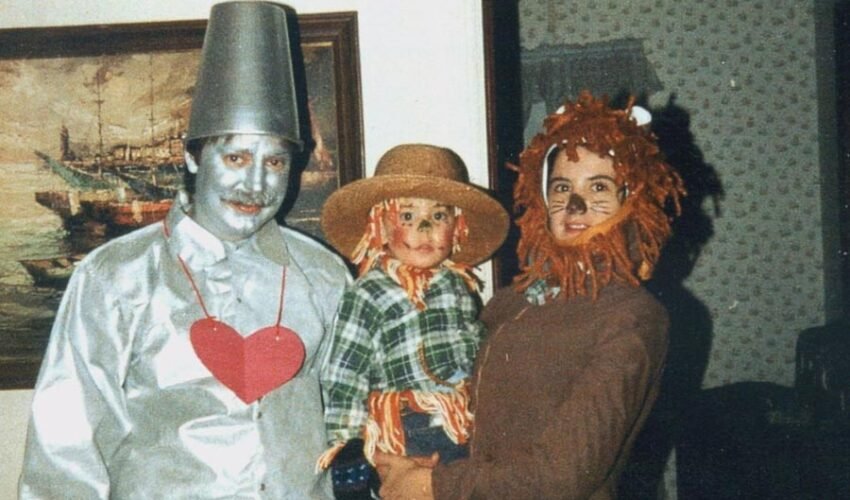 Mitchell Quy Strangled His Wife, Cut Her Body in Half, and Joined the Search to…