This mystery is all about the famous expedition that was the reason behind the death of nine Russian hikers, with reasons still not entirely confirmed. These nine hikers reportedly died around 1st and 2nd January of the year 1959 in the northern Ural Mountains.

Their bodies were found in such scattered positions and the circumstances were so bizarre, that the whole world put forth their own theories about what could have happened to those hikers that caused their gruesome death on that fateful day of 1959.

People love to invent implausible scenarios about death in the wilderness, because we will never know 100 percent what happened.

Who was a part of the hiking group, and why is it called the Dyatlov Pass incident?

The group that went on that expedition was a group of experienced nine hikers from the Ural Polytechnic Institute. It was led by Igor Dyatlov, and thus the incident came to be known by his name eventually.

This group consisted of nine students, out of which there were seven men and two women, and one sports instructor, who also fought in World War II. They were all a part of the Yekaterinburg institute in Russia. It was a planned 200-mile expedition that made the team embark on this journey with extreme conditions.

It was also mentioned that originally there was going to be a group of 11 in total, but then one student went back midway due to joint pain. As per the evidence found from the belongings of the group members, it was later found out that the team made a large tent on the snow overloaded slopes of Kholat Syakhl, the mountain also famously known as the ‘Dead Mountain’ by the indigenous people of the area.

What happened to the group?

Reportedly, something happened on that night of January that forced all of the members of that expedition group to escape their tent by cutting it open from the inside, in so much hurry that they did not even pause to don weather appropriate clothing. They left barefoot or just in their socks.

When it proved impossible to establish a connection with the expedition team, a search was organized and a team arrived at the ‘Dead Mountain’ a few weeks later. They found that none of the members were alive, and the conditions seemed unpredictable there.

The search team discovered the tent, that was put in place by the team, in shambles just barely in place somehow, and the tent was found to be cut open from the inside.

When the search team wandered further in search of the members of the expedition team, they found the first of the dead bodies near a cedar tree. All the bodies were not able to be recovered immediately, since it seemed like the snow had buried them deep. But over time, as the snow receded, different search teams found all the nine bodies of the members in weird and horrendous states scattered all over the mountain’s slope.

What was highly surprising was that the bodies were all in such different states, that it was difficult to find a pattern and determine what exactly happened. Some were in a halfway state of undress, eyes and tongues missing, and also with deep gashes to their skulls and chests.

Were there any supernatural factors involved?

Since the state of the nine dead bodies, all in disarray, were so unexpected and not something that anyone was able to explain completely, there were multiple reasons that were tried to be aligned behind the gruesome incident.

The various different investigations named the following reasons as the possible events that could have happened with the team, unknown natural forces, massacre, conspiracy theories, military intervention to Yeti attacks as well. Despite these various speculations, there was no solid proof and neither was anyone able to give a complete explanation about what could have happened.

There were so many loopholes and not enough material to fill them all. So, that was the reason that under renewed and vigorous media interest, the Russian authorities decided to go back to the investigation and find out an explanation behind what could have happened there.

As soon as the first round of dead bodies were found, the investigation started and many medical examiners were involved in finding out the reason behind the hiker’s deaths. There were injuries, but none that could have led to their deaths. Thus, it was concluded that they all died of hypothermia.

But then the bodies were found in May and their examination led the medical team to believe that there could have been external factors involved as well, other than hypothermia. One of the bodies had major skull damage, and it looked like they had been under some very high level of pressure to cause such damage.

There were eyeballs and eyebrows missing on some members of the team and the ME team declared those injuries as a result of their location in the stream where they were found.

There were no signs of any struggle and no other footprints than the expedition team’s members, so there was no thought of a planned murder, as many people had suggested by pointing towards the indigenous Mansi people.

The results of the investigation were kept so secretive, that it caused more and more media interest and the government had to open the case once again in 2019.

Have the authorities finally discovered the authentic reason behind the Dyatlov Pass incident?

After so much interest directed towards the more than 60-year-old mystery, a full-fledged investigation was started again to find out the answers to all the unanswered questions.

Alexander M. Puzrin, a geotechnical engineer at ETH Zürich, thought of a legit method to go behind the scenes and solve the unsolved puzzle. He decided to recreate the mountain’s environment using some historical records when the Dyatlov pass incident happened.

The engineers involved in this research imaged a slab avalanche, while trying to prove that a snowslide could have strolled through the area, taking with it everything that came in its path. That slab avalanche could have been responsible for the high-level pressure and the scattered bodies of the hikers.

How was Frozen involved in the Dyatlov Pass incident?

In order to explain the extent of the injuries caused to the bodies of the expeditioners, the engineers looked towards the animated movie Frozen. They were so impressed by the movie’s animation and the depiction of snow in it, that they asked the Disney team to share the animation code with them.

The idea was to simulate the code and use it with the data that the engineers had about the avalanche and Dyatlov Pass incident. It enabled them to show that what effect would be impacted on human bodies when sold snow would have landed on them as they slept, causing various found injuries, which couldn’t be explained previously.

The majority of the nine people who died on Kholat Saykhl died of hypothermia, while others may have died as a result of their injuries. The state of undress in which some bodies were discovered remains a mystery (paradoxical undressing may be an explanation), as do reports that some bodies had traces of radioactivity (which may be a result of thorium present in camping lanterns).

Some victims’ missing eyes and tongues may have simply been the result of scavenging animals pecking at the dead, but this is also an open question. Some Russians believe that the hikers took stupid or unnecessary risks that resulted in their deaths.

The world now believes that the Dyatlov Pass incident finally has some clarity and some answers about what happened to those hiker groups in 1959, but there is still no soul alive from then to give any answers. So, do we in fact have all the answers? Who knows. 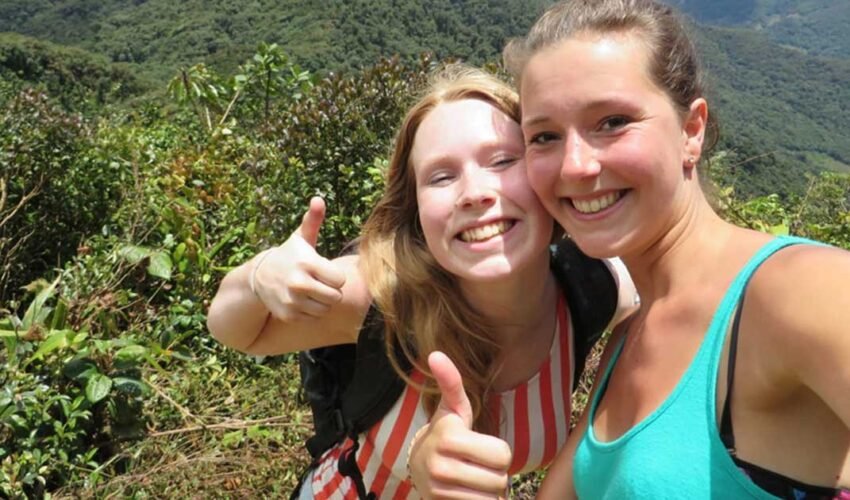