A Russian dad has been hailed a hero for killing his “pedophile” pal after allegedly seeing footage of him raping his eight-year-old daughter.

Vyacheslav M, 34, a rocket engine factory worker, was drinking with his longtime friend Oleg Sviridov, 32, near their home in Vintai village in Russia’s Samara region when he discovered videos of the alleged attacks on his phone.

He immediately confronted Sviridov, who fled before he could act, according to the Australian news site news.com.au on Saturday.

Sviridov was a close friend and had babysat his daughter on multiple occasions, allegedly sexually abusing her.

The police launched a manhunt for Sviridov, but his enraged father tracked him down and allegedly stabbed him to death.

The attacker claimed Sviridov “stumbled on the knife during a quarrel” in a forest near their village.

Vyacheslav has been detained, and the case is under investigation. Police said there were multiple videos on Sviridov’s phone of him abusing other girls, aged six and 11.

Criminal investigations have also been launched into the sexual abuse of the children discovered on Sviridov’s phone.

Sviridov’s mother stated that her son had frequently babysat Vyacheslav’s children and that the two had been longtime friends.

Villagers and online commenters say the father, who has been detained by police, is a hero who should not be charged with murder, with one saying, “He is not a murderer — he protected his daughter and our children as well.” Everyone is rooting for him.”

Ksenia Sobchak, a prominent TV journalist, and former Russian presidential candidate stated, “All parents are standing up for the pedophile’s killer.”

According to her, the two men had been friends for a long time.

“I’m not sure how it got to this,” she admitted. He had to have been drunk. He was most likely drunk. They always left their children with him.

“When he came home from babysitting these girls, he was normal and in a good mood.”

But locals and online commenters have demanded that the dad should not face murder charges.

Another commenter, Anna Plekhanova, asked, “Is the girl’s father wrong if the crime is proven by video facts?”

“Any normal parent, mother or father, would have ripped such a pedophile apart right there and then.

“It is the direct responsibility of parents to protect their children.”

She stated that the two men had known each other for a long time.

“I’m not sure how it got to this,” she admitted.

“He must have been drunk. He was most likely drunk. They always left their children with him.

One said: “He is not a murderer — he protected his daughter and our children too. Everyone is on his side.” 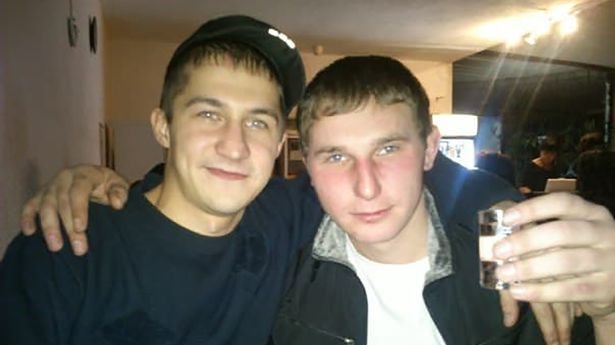