“You know, we ended up getting a lot of this information from a guy in Bozeman off of Facebook,” Social media has its own perks, it can be used to a great cause if required but for this trio of teenage hunters from Montana, it eventually led to their arrest.

They allegedly killed a mountain lion in Yellowstone park last year and were caught after sharing photos of their kill on social media.

After killing the mountain lion, they not only shared the photos on a single platform but distributed their images on multiple platforms including Facebook, Instagram, and Snapchat. Social media did the rest, it didn’t take long before other hunters caught on to their scheme and reported them to the state’s game wardens.

The hunters recognized the landscapes and alerted the authorities, “You know we, ended up getting a lot of this information from a guy in Bozeman off of Facebook,” Yellowstone special agent Jake Olson explained, what led him to the case.

The scenery behind the boys in the images gave their locations easily, “Cause you guys put a bunch of stuff on social media.”

The Jackson Hole News and Guide obtained a copy of the interview transcripts between the teenagers and the detectives through a Freedom of Information Act request.

According to the report the group killed the mountain lion on December 12, 2018. On December 27, 2018, Special agent Jacob Olson was contacted by Montana Fish Wildlife and Parks Game Warden Drew Scott about a mountain lion that had been harvested within the interior and exclusive jurisdictional boundaries of Yellowstone National Park.

Mountain Lions are commonly referred to as “cats” or “lions” among other aliases, Scott advised that multiple photos depicting harvesting a mountain lion as well as some photos gives a hint about the location, which is within the National park had been posted on Austin Peterson’s Facebook page.

Peterson is an avid lion hunter and in possession of multiple dogs and specific equipment regularly utilized to hunt lions such as GPS units and dog collars, firearms, snowmobiles, dog boxes for his vehicle, and a pickup truck. One of the photos depicted on the site showed a photo of a downed tree with the Yellowstone River in the background. Photo from Peterson’s Facebook page).

After Olson and Ranger Brian Helms visited the site where the animal was killed based on the photographs and determined that the real location of where the mountain lion was poached was inside the park’s boundaries.

When the teenagers were questioned separately, they had trouble keeping their stories straight, “I was extremely worried, but decided to just see what happened,” Peterson said. They said that they confused the boundaries because Peterson’s GPS started malfunctioning, and they decided to kill the lion.

But the group’s reality about hunting the lion came out, the group had hunting hounds that drove the mountain lion up a tree, then one of the killers reportedly climbed up the tree to knock it out and let the dogs continue their chase. But the second time the dogs chased up the lion, the hunters were overlooking the Yellowstone River.

Once there, the mountain lion took its first hit in the chest from a Glock .45 caliber pistol, the lion tried to escape, but they hit him again. The lion somehow managed to run 80 yards before he was shot again and killed underneath a rock. This clearly had nothing to do with the GPS, they had come to hunt the mountain lion.

They claimed that they didn’t realize that they had made an illegal kill until they looked at their location on the map and thought of turning themselves to authorities, but didn’t.

On 3rd May 2019, a federal judge sentenced Peterson, Junhke, and Simmons to uniform sentences for violating the Lacey Act. All of them pleaded guilts and were ordered to pay $1,666 in restitution and stripped of their hunting and fishing privileges for three years.

Special agent Olson tried to teach some sense to Simmons during his interview, he told him that this violation is a huge huge crime. “It has huge penalties, and it can have fallout that can last your whole life. I want you to understand how close you were to a complete life-altering mistake in that regard. And it doesn’t matter that you necessarily didn’t realize that you were in the park.” 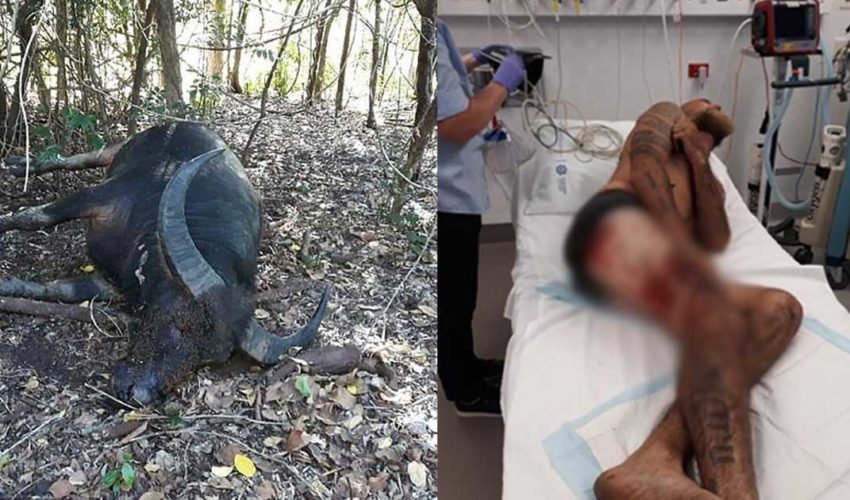