Between 1978 and 1983, Dennis Nilsen abducted and murdered about sixteen or seventeen young men; the precise number of victims is unknown. Dennis consistently chose victims from the same demographic, i.e., runaways, homeless boys, drug users, and sex workers, thus the deaths or disappearances were never recorded. Dennis Nilsen, as one might imagine, targeted these young men since they were less likely to be reported missing.

Who was Dennis Nilsen?

Dennis Nilsen was the son of Olav and Elizabeth Nilsen, and he had two siblings: one brother, Olav Jr., and Sylvia. Dennis’s father had no desire to live with or raise a family of his own. As a result, Dennis’s father, Olav Nilsen, abandoned his family when he was a child. Dennis’s mother, Elizabeth’s father, served as a father figure to the family.

Dennis was distraught when his grandfather died while fishing in the North Sea. Dennis’ mother allowed him to see his grandfather’s body, but it seemed to have a negative impact on him. He sank into himself, never fully emerging from it.

He also had an event in which he was saved from almost drowning while spending time near the sea in 1954 or 1955, which is said to have placed him at peace.

As he grew older, Nilsen realized he was gay, since he never felt sexually attracted to girls. Nilsen made the decision to join the army and left home at the age of fourteen to join the Army Cadet Force.

Dennis faced many scenarios in West Germany’s new city of Osnabrück that drove his activities, which would eventually be reflected in his countless crimes. Dennis was quite shy, so he drank heavily to help him interact and make friends. After passing out at a friend’s house and thinking about one of his partners having sexual activity with him while he was asleep, he became fascinated in necrophilia.

While Dennis was serving life imprisonment in the jail, he recorded his own audio recordings from prison. Using these recordings and many of Dennis’s victim’s interviews, Netflix brought forward a documentary on its platform by the name of Memories of a Murderer: The Nilsen Tapes. In these recordings, there are some unusual things noted about Dennis Nilsen’s early life that point towards some of his actions in later life.

Dennis created his own audio recordings from prison while serving a life sentence in prison. Using these recordings and many of Dennis’s victims’ interviews, Netflix released a documentary called Memories of a Murderer: The Nilsen Tapes on its platform. There are some peculiar things noticed about Dennis Nilsen’s early life in these recordings that allude to some of his later activities.

Nilsen claimed to being sexually molested by his grandfather as a child until the age of five, according to one of these tapes.

Aside from that, and before Nilsen became a serial killer, his apartment was visited by police once when a report of a teenager jumping out of a third-floor window was made. The teenager survived and explained that he had awoken nude and knew Nilsen was attacking him. He jumped out the window as a result of his experience. Nilsen was not charged at the time because the family involved declined to testify.

Nilsen’s murdering spree began in December 1978, with a fourteen-year-old teenage boy as his first victim. Nilsen began visiting gay bars after realizing he was gay in order to socialize more. He met Stephen Holmes on a similar trip to a pub, and he invited Holmes to his flat. They drank together and fell asleep at his apartment. When Nilsen awoke and discovered Holmes sleeping in his room, he feared that Holmes might wake up and leave him alone, so he strangled the youngster and subsequently drowned him in his sleep.

And so it went for 15 more of his victims, with him always succeeding in luring them to his house with the promise of alcohol and a good time. He strangled or drowned them after they fell asleep, then hid their bodies beneath his house’s floorboards.

There were also other survivors of his attack who escaped and reported this to the police, but no charges were filed. Andrew Ho, a Hong Kong student, was among the escapees. He reported this police officer, and Nilsen was also questioned, but Andrew did not press charges for some reason.

Nilsen moved apartments in 1980 after his previous owner chose to refurbish the building. Because there wasn’t enough space at his new place to burn bodies. Thus, Nilsen thought of a new idea, he began dismembering the victims, flushing flesh and small bones down the toilet and throwing the remainder of the bones in the trash after boiling the body parts.

Nilsen would have gotten away with the killings if it hadn’t been for the complaint he made to the property owners about the clogged pipes. When a plumber was called, he discovered small bones and flesh blocking the pipes, the problem was investigated further, and they discovered the drain was packed with additional bones and flesh.

It was taken to a pathologist, who discovered that the bones and flesh were human and that it was all coming from the top floor pipes where Nilsen lived.

Nilsen was sentenced to life in prison in November 1983. He was 72 years old when he was sentenced to 35 years in prison. Nilsen kept two budgie birds named Hamish and Tweetles with him while serving a life sentence. During his time in jail, he recorded multiple audio tapes, bringing the total to 250 hours of time.

Many movies, books, and documentaries have been made from these tapes and interviews with some of his survivors. Nilsen’s autobiography, “Killing for Company,” was co-written with Brian Masters. He also wrote another memoir titled “History Of A Drowning Boy.”

Memories of a Murderer, a documentary based on Dennis Nilsen’s jail tapes, is now available on Netflix. There are also episodes of Criminal Minds that feature stories inspired by Dennis Nilsen, the necrophiliac serial killer also known as “The Kindly Killer” and “The Muswell Hill Murderer.”

Dennis Nilsen died as a result of complications from stomach surgery. The cause of his death was a blood clot in his body, which was officially reported as pulmonary embolism and retroperitoneal hemorrhage by the autopsy.

Meet The Serial Killer Who Ended His Killing Spree By Murdering His Mother: Edmund Kemper 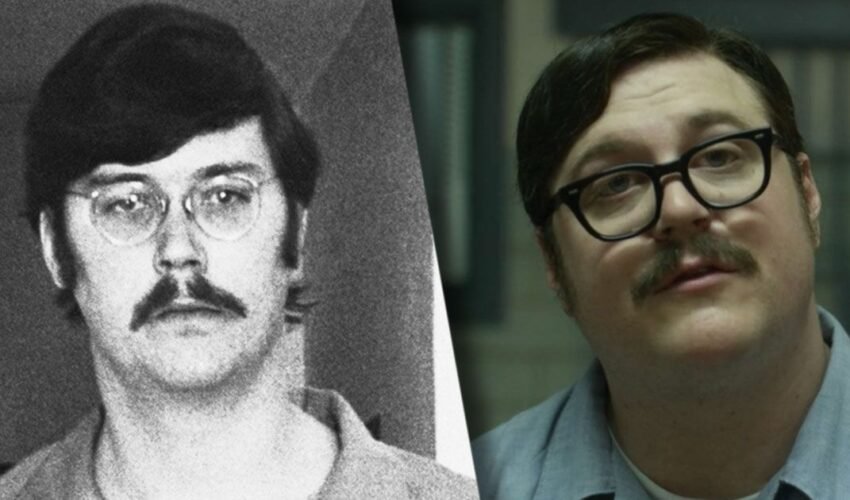 Jessica Lunsford: The Abduction and Haunting Murder of 9-Year-Old Girl

Jessica Lunsford was abducted from her home in the early morning of February 24, 2005, by convicted sex offender John…