Akku Yadav raped almost 200 women from slum towns in India. He remained a free man for nearly a decade, as he routinely bribed corrupt officials, so they would drop his case. Yadav raped so many women that according to the people living in the slum, “a rape victim lives in every other house there.”

Akku Yadav seemed like an invincible man, bribing the officers, and threatening the victims after they reported to the police. Akku raped more than 200 women from the Kasturba Nagar slum of New Delhi, India.

The height of corruption among the officials can be imagined by the fact that when Akku Yadav walked past an angry woman in court, he decided to taunt her, calling her a prostitute and threatening to rape her again and the policeman who was escorting him laughed at the remark.

The reason why he was invincible for so long might shock you, he targeted members of the “Untouchable” caste, the lowest members of India’s society, who he knew would be the cause of laughter if they went to police stations and lawyers’ offices, and that happened in reality when his victim went to the police, they were laughed upon.

Who was Akku Yadav?

Akku grew up in Kasturba Nagar slum in Maharasthra. Yadav’s father was a milkman, and Akku had two brothers, Santosh and Yuvraj Yadav. Yadav was a “high-caste” man who turned from a small-time thug to a mobster and king of the slum.

He ruled a gang of criminals who controlled the slum of Kasturba Nagar. His gang robbed, tortured, and killed people. People of the slums were afraid of their gang and Akku himself, one person described Yadav as the Gabbar Singh(Bollywood movie antagonist) of Kasturba Nagar, saying “We stayed mostly indoors when Akku was around.”

For the victims, the last option was to report to the police, and many of the victims did the same, but instead of helping the victims and arresting Akku Yadav, they would inform him that who came to the police station to file a complaint against him, this sometimes resulted in the victims getting raped and sometimes losing their lives too.

In one of the incidents when a rape victim went to the police station to file a report, instead of helping her and arrest the man, they raped the woman too. As a result, more than 20 families moved out of the Kasturba Nagar.

Usha Narayane, one of the victims who had been repeatedly harassed by Akku Yadav, enlisted her brother-in-law to help her. They somehow managed to bypass Akku Yadav and his gang and approached the deputy commissioner, who promised her a safe haven and that police would set out to find Akku Yadav.

Usha had to go to the police commissioner because when she went to the police to complain about Akku Yadav, they told Yadav about the complaint, and enraged by her actions, Yadav and forty of his associates surrounded Usha’s house.

Yadav carried a bottle of acid and shouted through the door, that if she withdrew the complaint, he won’t harm her. Usha refused to surrender and barricaded her door, she called the police for help, and they told herc to wait, but the police never arrived.

Meanwhile, Yadav continued to pound on the door and started threatening her, saying, “I will throw acid on your face, and you won’t be in a position to file any more complaints! If we ever meet, you don’t know what we’ll do to you! Gang rape is nothing! You can’t imagine what we’ll do to you!”

In response to the goons surrounding her house, Usha turned on a gas cylinder and grabbed a match, and warned everybody that if they broke into the house, she would light a match and blow herself and all of them up. The goons smelled the gas and left her alone.

After the neighbors heard what Narayane had done, they gathered and went to Yadav’s house, and burned it down.

Seeing everyone turned against him Yadav decided to surrender, but as he was bribing the police force, it was unlikely that his surrender would have had any results.

Police arrested Yadav but for his own protection, when Narayane and other victims heard that he is most likely to get bail, that’s when the crowd took the matter into their own hands.

The victims marched to the courtroom, and when Yadav appeared in the room, he mocked one of the victims, called her a prostitute, and said he would rape her again, the policeman who was escorting her laughed.

This was it, she couldn’t handle his face much longer, and started hitting him in the head with her footwear, she told Yadav, either she would kill him or he would have to kill her, saying, “we can’t both live on this Earth together.”

Seeing this other woman standing in the courtroom also joined her, throwing chili powder in his face, throwing stones at his head, stabbing any part of him they could reach with their vegetable knives, his guards fled, terrified of the women.

The attack lasted for 10 minutes, and after around 70 stabs and a cut-off penis, Akku Yadav was a dead man. His body was almost unrecognizable as a gory mess, his blood stained the white marble of the courthouse.

While talking about the attack Usha said that “it was not calculated, it was not a case that we all sat down and calmly planned what would happen. It was an emotional outburst, The woman decided that, if necessary, they’d go to prison, but this man would never come back and terrorize them.”

Retired High Court Bhau Vahane publicly defended the women who lynched Akku Yadav saying “In the circumstances they underwent, they were left with no alternative but to finish Akku. The Women repeatedly pleaded with the police for their security, but the police failed to protect them. If they took law into their hands, it was because the law and law-enforcing agencies had not given them succor.”

All the remaining accused in the Akku Yadav murder case were released due to a lack of evidence.

“We all waited for the police to act, but nothing happens. The molestation and rapes go on and nobody does anything,” said Madam Chandra, a women’s rights activist in Nagpur. She said the police had charged 60 people involved in the latest accident, including a rape victim, for “destruction of property.”.

The murder of Akku Ydav has at least opened the eyes of society to the crimes of Yadav and a hint of what a woman can do.

“After the murder, society’s eyes opened: the police’s failings came to light. That has irritated them,” Usha said.

“We’ve done a good thing for society, we will see whether society repays us.” 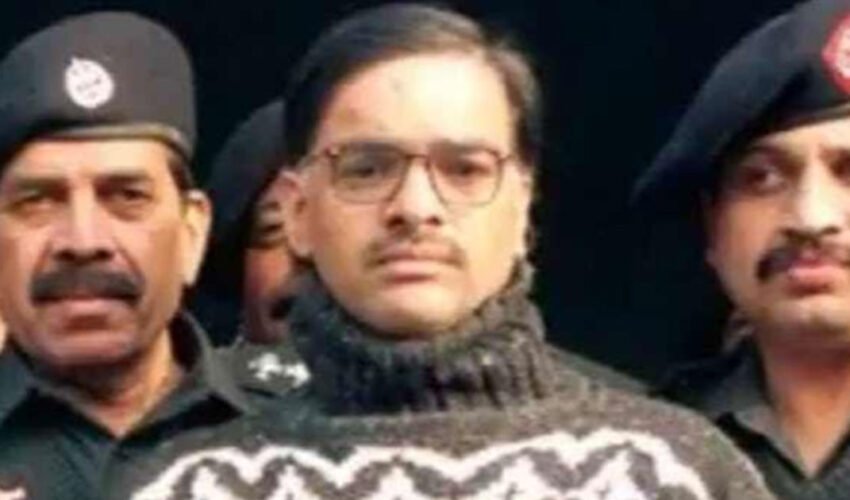 Mitchell Quy’s heinous crime: strangling his wife and dismembering her before joining the search party