A Florida man who was caught in 1989 for smuggling marijuana and sentenced to 90 years was released on 8th December 2020 from the South Bay Correctional Facility in Palm Beach County, the Florida Department of Corrections confirmed.

Richard DeLisi, 71 now is believed to be the longest-serving inmate convicted on cannabis charges. Richard walked out of the correctional facility “grateful to everyone who [had] been there.” After serving more than three decades, Richard will finally be able to celebrate Christmas with his family members.

“It actually feels like 10 times better than wonderful,” he told Florida newspaper Ledger over the phone, “It was so unjust what they did to me, I just hope that I can help other people that are in the same situation. If I could go back to 1988 I would tell my former self to put more value in the time I spend with my family. I have learned that money is something that comes and goes but family is forever. I will take that lesson home with me and I will make the most of every moment I have left on this earth with my wonderful family. I am so excited to hug my children and grandchildren. I have missed so many important moments with them and I can’t wait to get out there and create precious memories with everyone. I am so thrilled that this dark chapter of my life is finally over.”

Richard and his older brother Ted were convicted in 1989 of smuggling more than 100 pounds of marijuana from Colombia into Florida. Both Richard and his older brother Ted were sentenced to three consecutive 30-year sentences. The world isn’t the same for Richard after he got out, most of his family members are no more, his parents, wife, and son all passed away while he was in prison. Richard’s two remaining children and his five grandchildren have been eagerly awaiting his release.

But Richard DeLisi prefers to move on with his life, instead of living in the past on lost memories and time, he’ll never get back. He does not have any hard feelings but is thankful and hopeful.

Richard’s daughter Ashley hasn’t spent her birthday with her father since she was three years old. Now she’s thirty-two years-old she will finally be able to spend some time with her father, “I just want to hug my dad outside of prison.” Whereas Richard’s son, Rick expressed his elation at being able to cook meals for his dad and introduce him to his grandkids.

The Last Prisoner Project advocated for Richard’s releases, the Last Prisoner Project is a non-profit organization dedicated to cannabis criminal justice reform. Through legal intervention, public education, and legislative advocacy, we work to redress the past and continuing harms of our country’s unjust and ineffective approach to drug policy.

“Prison changed me,” Richard said “I never really knew who God was, and now I know, and it changed that way I talk to people and treat people, for me being there so long, I was able to take gang members from gangs to gentleman.” while in prison Richard has become a mentor to younger inmates.

“The system needs to change, and I’m going to try my best to be an activist,” Richard now wanted to make the best out of his time, by fighting for the release of other inmates through his organization FreeDeLisi.com

However, nearly one in five people in the United States are incarcerated for drug-related crimes. The US maintains the highest incarceration rate in the world. There are more people behind bars in the US than there are living in many major cities. If American’s prison and jail population were a city, it would me among the county’s largest. 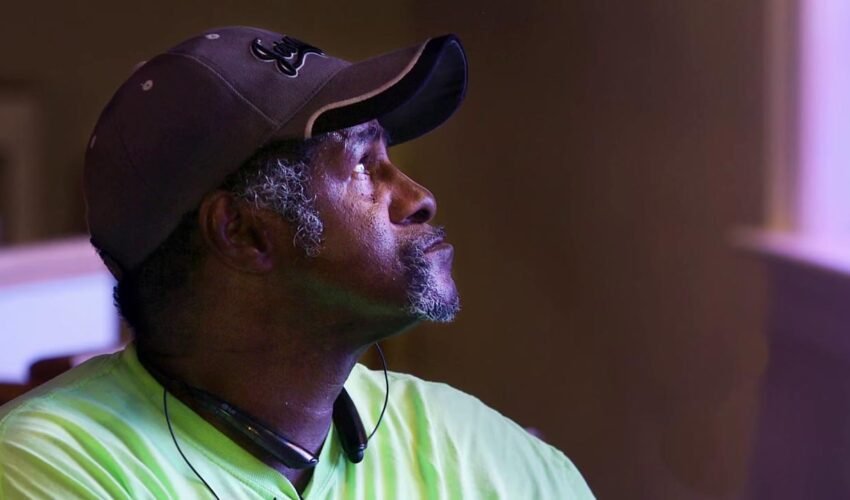