Christopher Mirasolo raped her when she was just 12 years old, and now he’s been granted joint custody of the child conceived from the sexual assault.

The joint custody was given to Christopher after DNA testing established the paternity of the child. Rebecca Kiessling, the victim’s attorney is seeking protection under the federal Rape Survivor Child Custody Act.

The case was initially reported on “The Steve Gruber Show,” according to the victim and her attorney, the case was prompted after the county surveyed the victim regarding child support she had received the past year.

According to Christopher’s attorney of Barbara Yockey, her client “never initiated this. It was something routinely done by the prosecutor’s office when a party makes application for state assistance.”

“I think this is all crazy,” the 21-year-old victim, whose name has not been released, told the news department that “They(court officials) never explained anything to me.”

Rebecca Kiessling said that her client was notified that she was “not allowed to move 100 miles from where she had been living when the case was filed, without court consent.

The application for the state assistance took a dark turn when the court ordered a DNA test to establish paternity, found that Christopher was the father, they then granted him parental rights.

Upon the decision Kessling said, This is insane, Nothing has been right this about this since it was originally investigated. He was never properly charged and should still be sitting behind bars somewhere, but the system is victimizing my client who was a child herself when this all happened.

“I was receiving about $260 a month in food stamps for me and my son and health insurance for him.. I guess they were trying to see how to get some of the money back,” said the victim.

He Kept Her Captive for 2 Days

Kiessling said that “She, her 13-year-old sister, and a friend all slipped out of their house one night to meet a boy and the boy’s older friend, Mirasolo showed up and asked if they wanted to go for a ride… They thought they were going to McDonald’s or somewhere.”

Instead, Christopher tossed their cellphones away, drove to Detroit where he stole gas from a station and then came back to Sanilac County, where he kept the two girls captive for days in a vacant house near a relative. He released the older sister and threatened to kill them if they told anyone about what happened.

Christopher was arrested a month later but only served six and a half months so he can take care of his sick mother.

In March 2010, a few months after his release Christopher committed another sexual assault on a victim between the ages of 13 and 15 years old. This time she served only four years for the offense, Kiessling said.

His attorney, Barbara Yockey, said it’s unclear what her client’s future involvement, and if any – that will be with the child. However, she declined to discuss any of his past criminal cases.

According to her “Chris was notified of the paternity matter and an order of filiation was issued last month by the court saying her had join legal custody and reasonable visitation privilege.” she added, “he never initiated this, it was something routinely done by the prosecutor’s office when a party makes application for state assistance.”

Now following the new court’s order Christopher will have join custody of the child conceived during the first offense.

According to CNN between 5,000 and 19,000 American rape victims keep the baby conceived during the assault each year, and for cases like this, seven states in America do not have a law to protect victims from custody battles, while fewer than half block parental rights unless the rapist has been convicted. 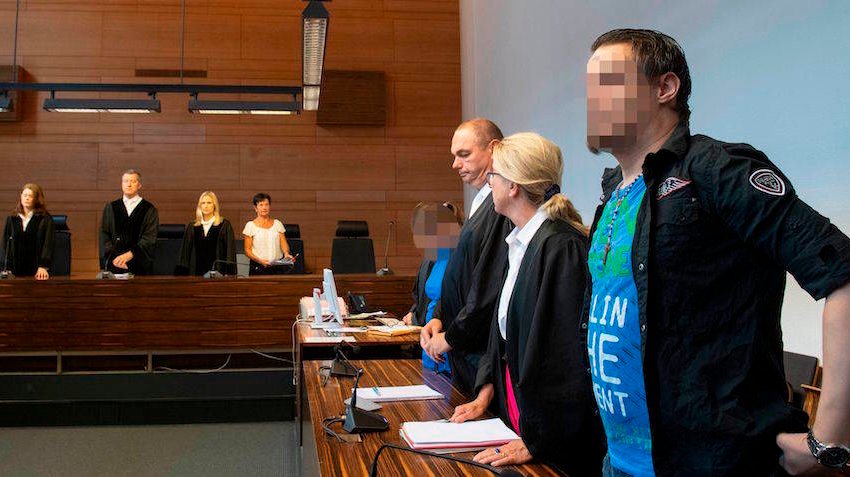 Children Who Killed Just Like A Wicked Serial Killer