From 1992-1999, Luis Garavito raped, tortured, and murdered anywhere from 100 to 400 boys between the ages of 6-16. He will be released in 2023 after serving three-fifths of his sentence, which was reduced to 22 years after he helped police find the victims’ bodies.

In 1999, Luis Garavito admitted to the rape, torture, and murder of 138 boys and teenagers, but the real number could exceed 300.

Luis Garavito targeted boys between the age of 6-16 as his victims, his victims were clearly identified by their age, gender, and social status. Garavito’s victims were either homeless, peasants, or orphans, he would approach the young boys, either on a busy street and then lure them by bribing them with small gifts such as candy, gifts, and part-time jobs.

Garavito would disguise himself as different characters and offered the boys work, such as a priest, a farmer, a street vendor, a drug dealer, a gambler, and even a homeless man.

Once he gained the trust of a child, he would take the boy on a walk until they were tired and vulnerable, which made it easy for him to handle the children. Later, he would first tie up his victims, and then he removed their clothes, and then proceed to torture, rape, and sometimes, decapitate them.

Sometimes the torture could go on for days, and his victim would endure prolonged rape and torture by having his buttocks stabbed and sharpened objects. As a result of this torture, most of his victims’ corpses showed signs of prolonged torture.

Luis Garavito was the oldest of seven brothers and had a rough childhood, his mother was a prostitute and his father was a heavy alcoholic, who abused his mother and his siblings.

Garavito was even forced by his father to watch his mother conduct sexual intercourse with her clients, he was also sexually abused, molested by the clients; at least this is what he claimed in interviews after he had been caught.

At the age of 16, Garavito ran away to try and start a new life from his family. He traveled all the way to Colombia, he started working as a store clerk before he took to the streets to become a vendor who sold prayer cards and religious icons.

Garavito had a girlfriend named Teresa, with whom he had a small child, and by all accounts, he treated the child very well. Although Garavito was truly a beast, his friend described him as a kind but easily angered man.

Why Wasn’t He Caught?

The reason why Luis Garavito managed to stay away from the cops was that his victims were mostly poor, homeless, and orphans. For many years his murders went unnoticed, as he killed his victims in separate areas and many of these victims had no police report filed on their disappearance.

But soon the trouble began emerging for Luis Garavito, in 1997, a mass grave was discovered prompting police to launch an investigation into their disappearances. A few months later in February 1998, the bodies of two naked children were found on a hillside, lying next to each other and a few feet away another body was found.

All of them had their hands bound and their throats slashed, the murder weapon was also found nearby. While searching the area around the bodies, police found a note with an address handwritten on it. Upon further investigation, the address turned out to be of Garavito’s girlfriend.

When investigators arrived at his house, he wasn’t home, his girlfriend was, who gave them access to his things that were inside the house. The police had access to many of his possession, which contained a number of Garavito’s belongings, in one of the bags, police found detailed journals of his murders, tally marks of his victims, and some bills, additional information led them to Garavito’s new house.

But his residence was vacant, investigators believed that whether he was traveling away attempting to find his next victim. However, he was picked by the police just after a few days later, on an unrelated charge of attempted rape against a boy. Luckily for the boy, the struggle between Garavito and the boy was observed by a homeless man, who intervened and rescued the boy. Garavito was arrested and unbeknownst to them, they helped capture the most wanted killer in Colombia.

Luis Garavito was arrested on 22 April 1999 after the homeless man helped him get arrested. But for the Colombian Justice Department, his confession alone was not enough. Garavito had an eye condition that was rare and only found in men of a particular group, one such pair of glass was found at the site of a mass grave. Garavito used to leave liquor bottles around the graves, his underwear, and sometimes his shoes.

Detectives took DNA samples from Garavito’s pillow and living area while he was out of his cell. Garavito confessed to killing 140 children and was charged with killing 172 altogether throughout Colombia. Garavito was found guilty on 138 of the 172 accounts and was sentenced to 1,853 years and 9 days in prison, the lengthiest sentence in Colombian history.

Garavito is currently serving his sentence in a maximum-security prison, in Colombia. He lives separately from other prisoners, for his own protection, because it is feared that he would be killed immediately.

Colombian law, however, says that those who have committed crimes against children are not eligible to receive any “benefits with ( ⁠i.e. from) justice” and are required to spend at least 60 years of their sentence in prison ⁠— ⁠in Garavito’s case this would mean that the national maximum 40-year imprisonment limit, and especially the reduction to 22 years for helping police find victims’ bodies, both considered “justice benefits”, would not be applicable – Wikipedia.

Garavito only takes food and drinks given to him only by people he knows. He’s now studying to be a politician and upon his release, he hopes to start his career in activism, and helping abused children. After all, abused children are something he is an expert on, having abused more than 300 children.

However, this is not the first time a serial killer is on the loose, read the times when serial killers walked free for absurd reasons.

10 Terrifying Killers That Are Now Walking Free For Absurd Reasons 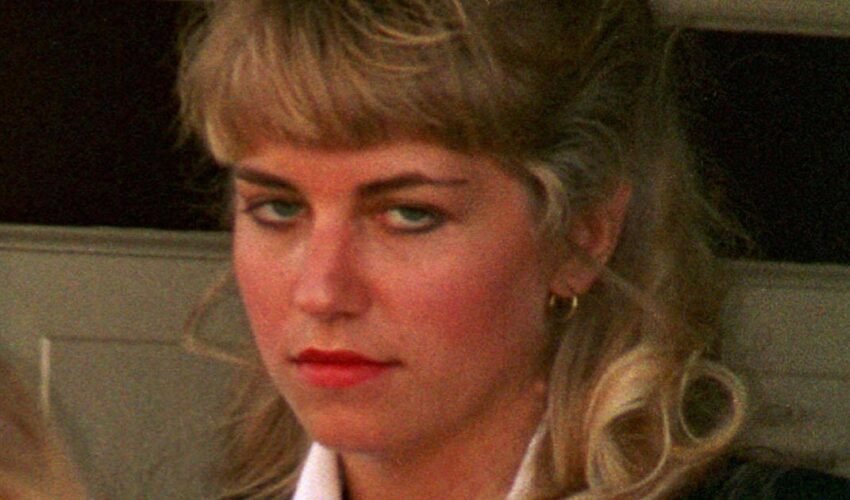