“I’m, an avenging angel, I’m going to mete out justice for the people you hurt.” Jason Vukovich said to one of the pedophiles before beating him up with his hammer.

Ember Tilton, Jason Vukovich’s lawyer, argued for a more lenient sentence for his client, who attacked three men in June 2016. The two-day hearing began on Friday.

Jason testified in court that his stepfather physically and sexually abused him as a child, which contributed to his animosity toward sex offenders. However, he now accepts “full responsibility for his actions.”

In one of the cases, Jason Vukovich went to the home of 67-year-old Wesley Hayes Demarest and beat him so badly with a hammer that his skull fractured.

Jason Vukovich, who attacked three registered sex offenders in Alaska and described himself as “an avenging angel seeking justice,” was sentenced to 23 years in prison for assault and robbery on Monday.

Jason Vukovich tracked down and assaulted three sex offenders listed on the national registry in 2016. “When I reflected on my childhood experiences, I felt compelled to take action. I took matters into my own hands and physically assaulted three pedophiliacs.”

However, the prosecutor, Patrick McKay, argued that this was not an excuse for Vukovich’s actions in targeting and attacking three strangers, even beating one of his victims so badly that he fractured his skull and knocked him unconscious.

“People do not get to take the law into their own hands just because they don’t like a particular group of people or a particular person.” Assistant District Attorney Patrick McKay told the judge.

Prosecutors agreed to dismiss more than a dozen other charges against Vukovich as part of the plea deal after he agreed to plead guilty to first-degree attempted assault and consolidated county of first-degree robbery.

Vukovich was arrested the same night he allegedly hammered a sex offender’s skull, Demarest, who was sleeping when Vukovich terrorized his house. Vukovich, according to reports, broke into the victim’s home, beat them with his fists or a hammer, and then stole their belongings before fleeing.

The sex offenders had gone through the legal system, received their sentences, and registered their names on Alaska’s public sex offender registry, where Vukovich discovered their addresses, according to the judge.

Vukovich was told by Judge Erin that “The registry’s goal was to keep the community safe. The registry was not created to allow people to carry out their own brand of justice.”

Prosecutor Mckay said that Vukovich had a list of nine names that he was planning to target when he was released from jail in 2016. He collected the name from acquaintances who told him the people were “pedophiles”

According to Anchorage Daily News prosecutors said that the 43-year-old Jason Vukovich assaulted three men he found on the online sex offender registry in June 2016 during a five-day period.

Vukovich used his fists on two of his victims and a hammer on another. One of the victims suffered a traumatic brain injury as a result of the attack. He claimed he had lost his job and was unable to pay his rent.

“I realized now that I had no business assaulting these individuals or taking the law into my own hands, and I should have sought mental health counseling before I exploded,” Vukovich said.

Jason Vukovich was born in Anchorage in 1975 to a single mother; he claims he never met his biological father. Larry Lee Fulton, his mother’s husband, adopted him when he was four years old. Instead of being a guardian, Larry physically and sexually abused Vukovich.

Larry Lee Fulton, Vukovich’s adoptive father, abused him and his siblings as children, according to Vukovich. As a result, his older brother fled the house, and he did the same later.

“He was a pretty terrible person in general, he liked to administer beatings with various implants – belts, eventually a two-by-four that he had custom-made, and he used to like to disrupt the night by coming in to sexually assault(me).”

Joel Fulton, Vukovich’s older brother, testified in court that he still seeks counseling to cope with the trauma of being sexually and physically abused as a child. Fulton and his family now reside in California.

Vukovich told the judge during his sentencing that he struggled with methamphetamine and was in and out of jail, and that vigilantism should not be a solution for justice.

In a note sent from prison Vukovic wrote that: “After being physically and mentally abused by a predator, my life was forever changed. I literally gave my own existence no value or concern. I became a thief and a liar and went on to make many poor choices throughout my life.”

He also wrote that “Children should be able to play in the streets and parks and go to church without the threat of pedophiles lingering around them.”

He added, “My own heart may have been broken long ago, but with all my being I support every child in pursuit of their dreams.”

“Both of my parents were dedicated Christians and had us in every church service available, two or three each week… So you can imagine the horror and confusion I experienced when this man who adopted me began using late, late-night prayer sessions to molest me. Also, he beat me with a custom-made 2*4” Jason later wrote in a letter to Anchorage Daily news.

Judge Marston expressed sympathy for the brothers but said that Vukovich has ultimately proved he is dangerous and “willing to hurt people.” 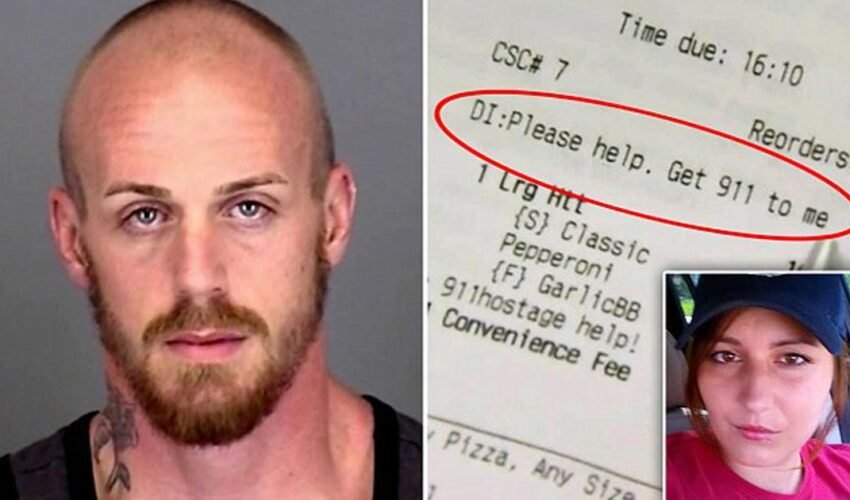