A Texas father who discovered a man raping his five-year-old daughter and beat him up with his bare hands will not be charged with homicide under state law.

“I need an ambulance. This guy was raping my daughter and I don’t know what to do,” Texas father is heard telling dispatchers in a call to 911. The father has not been named to protect the identity of his daughter.

June 20, 2012 – The Lavaca County grand jury decided not to press charges against the father who killed his daughter’s molester by his bare hands, under Texas state law, deadly force is authorized and indeed justified in order to stop an aggravated sexual assault.

The harrowing 911 call made by the girl’s father claims that he even tried to save the pedophile’s life, which also contributed to the grand jury’s decision.

The 23-year-old father told police that he found his daughter being assaulted on Saturday 9 June by Jesus Mora Flores, 47 in a rural part of Southern Texas.

Lavaca County sheriff’s deputy said that the girl and her brother were sent by their father to feed the family’s chickens.

The boy came running back to tell his dad that someone had grabbed his sister and taken her to a small secluded shack. The father rushed towards his daughter’s screams and arrived to find Flores assaulting his daughter.

The father angrily beat Flores unconscious and attempted to call 911 for the rapist after he made sure that his daughter was out of harm’s way.

Sheriff Micaff Harmon said that the father had no idea at the time that he had killed Flores, he was very remorseful at the time.

“The girl’s father acted in defense of his third person, once the investigation is completed we will submit it to the district attorney who then submits it to the grand jury, who will decide if they will indict him,” Harmon told CNN at the time.

The girl was later taken to the hospital and examined, the forensic evidence and witness accounts corroborated the sexual assault, District Attorney Heather McMinn told reporters.

He added, “All the evidence provided by the sheriff’s department and the Texas Rangers indicated that’s what was occurring when the victim’s father arrived at the scene.”

Emergency responders who responded to the father’s 911 call found Flores in trousers and underwear pulled down on his lifeless body.

The father’s attorney, V’Anne Huser said that no one from the family will ever give interviews. “He’s a peaceful soul, He had no intention to kill anybody that day.”

Flores attacked the five-year-old on the family’s ranch off a quiet, two-lane county road between the farming towns of Shiner and Yoakum.

A witness saw Flores forcibly carrying a girl and then scrambled to find the father. The father came running towards his daughter’s screams, according to the investigators, the father’ inflicted several blows to the man’s head and neck area.’

Residents of the town were largely in support of the father, saying the victim totally deserved it, “He got what he deserved, big time,” a resident said told the Victoria Advocate.

Authorities said that the father expressed regret at the killing and there has been no evidence that can lead them to doubt his story. The girl’s grandfather agreed it had been an accident. 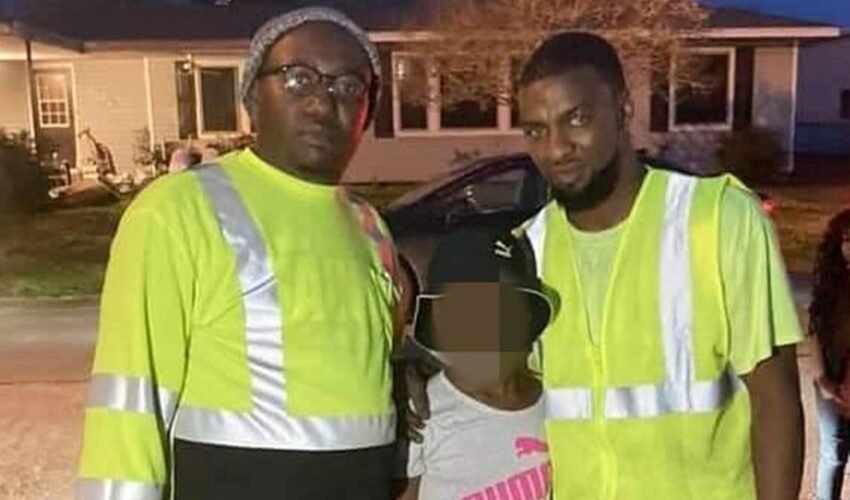