A recent facial reconstruction of the “Cheddar Man,” a 10,000-year-old skeleton, revealed a man with bright blue eyes, slightly curly hair, and dark skin. It may surprise the general public, but it does not surprise ancient DNA geneticists.

Cheddar Man is a male human fossil discovered in Gough’s Cave in Somerset, England. He died a violent death, according to his skeletal remains, which date to the Mesolithic (ca. 9100 BP, 7100 BC). A large crater-like lesion just above the right orbit of the skull suggests the man may have also had a bone infection.

Who was Cheddar Man?

In 1903, workers digging a drainage trench in Gough’s Cave in Somerset’s Cheddar Gorge discovered the remains of a young man sealed beneath a stalagmite. The figure, with his feet curled up beneath him, stood about 5ft 5in tall and weighed around 10 stone when he died in his early twenties. Paleontologists are still trying to figure out the cause of the death.

There were claims that Cheddar Man was the long-sought the earliest Englishman when he was discovered, with exaggerated dates of 40,000-80,000 years. However, radiocarbon dating from the 1970s onwards indicates that he lived about 10,000 years ago.

When fossil experts dated the skeleton’s bones, it was discovered that Cheddar Man, as he was quickly dubbed, was almost 10,000 years old. Although it is unclear whether the young man died in the cave or was brought there by fellow tribesmen and buried there. It is still the oldest virtually complete skeleton discovered in the British Isles.

His skeleton reveals a pelvis with a narrow shape. It’s unclear whether the hole in his forehead was caused by an infection or damage during the excavation. Cheddar Man, like all humans in Europe at the time, was lactose intolerant and could not digest milk as an adult.

His diet would have included red deer, aurochs (large wild cattle), and freshwater fish in addition to seeds and nuts. Cheddar Man lived in a time when Britain was still connected to continental Europe and the landscape was becoming densely forested.

Although no animal or cultural remains have been discovered with Cheddar Man, other Mesolithic sites provide information about his diet and the type of culture he may have lived in.

Star Carr, a Mesolithic settlement in North Yorkshire, was around 1,000 years older than Cheddar Man. Archaeologists discovered red deer skull-caps (possibly used as headdresses), semiprecious stones like amber, hematite, and pyrite, and the oldest Mesolithic art in Britain, an engraved shale pendant. Cheddar Man may have been familiar with similar objects, though it’s impossible to say for sure.

According to Mark Thomas of University College London (UCL), a geneticist involved in the latest study of Cheddar man, it is now clear that about 10% of our genes come from the Mesolithic hunter-gatherer fold of which Cheddar man was a member.

About a mile up the road from Cheddar Man’s discovery, there is another cave known as Aveline’s Hole, which is one of Britain’s largest Mesolithic cemeteries.’ ‘Archaeologists discovered the remains of about 50 people, all deposited over a period of 100-200 years.

The majority of Mesolithic human remains have been discovered in caves, and there is a strong tradition of cave burial in the area.

Cheddar Man’s DNA reveals a 10,000-year-old genetic lineage from people who lived in Britain long before agriculture reached our shores to modern-day British men and women. We are not a nation of farmers (or shopkeepers, for that matter), but we can trace our roots back to 300 generations of nomadic hunters who carved antlers into fishing harpoons, used bows and arrows, and trained dogs to assist them in the hunt for red deer, aurochs, and boar, as well as protect their masters from competing predators like wolves.

Cheddar Man was a member of a nomadic hunter population that flourished around 10,000 years ago during the middle stone age, also known as the Mesolithic period. These were the hunter-gatherers of Western Europe, whose skeletons have been discovered in Spain, Luxembourg, and Hungary. Crucially, their DNA reveals that they had dark skin and blue eyes and that they were genetically similar to Cheddar Man.

Researchers can sift through massive amounts of data thanks to new sequencing technology. The team was able to get a clear picture of the Cheddar Man as a result of this. Thomas and his team began the reconstruction by taking the measurements of the skull.

Finally, to bring the Cheddar man back to life, the experienced Adrie and Alfons Kennis’ company Kennis & Kennis Reconstructions, a paleontological reconstruction company, created the Cheddar Man model. The artists took skeleton measurements, scanned the skull, and used 3D printing to create a model base.

Modern British people share about 10% of their genetic heritage with the European population that included Cheddar Man, but they are not direct descendants. According to current theories, the Mesolithic population to which Cheddar Man belonged was largely replaced by later farmers who migrated to Britain. This means that the average person in the United Kingdom today carries around 10% of these ancient hunter-gatherer genes.

Cheddar Man can be seen in person in the Human Evolution gallery at the Museum. The skeleton as well as a reconstruction of the face are on display. 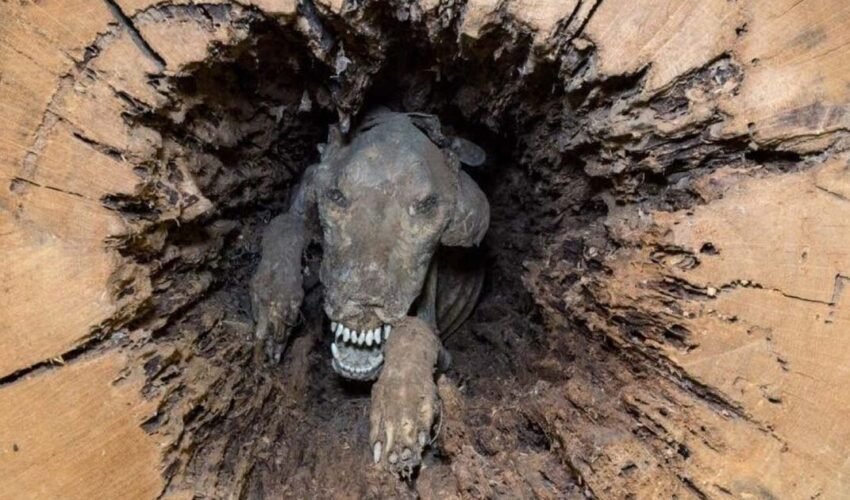 Meet ‘Sue’; One of the Largest, Most Extensive, and Best Preserved Tyrannosaurus Rex Specimen Ever…