The all-female squadron, 588th Night Bomber Regiment of Soviet Air Forces got their nickname as the “Night Witches” during the World War II, the brave woman of this squadron compromised to carry parachutes due to the heavyweight of the bombs and their techniques to fight at low altitudes.

Thought women were barred in the war, Major Marina Raskova used her position and contacts to form this all-female combat unit, which terrorized the Nazis.

The woman in the squadron had no radar, no machine guns, and even got their planes decorated with their lipsticks and navigational pencils — then struck fear into the Nazi forces. The few things they carried during an attack included maps, a compass, rulers, flashlights, and anything important that would not add significant weight to the plane.

Nazis were terrified of the Night Witches and their stealth techniques, in one such they would glide to the bomb-release point idling the engine just before reaching near the target, this would make their presence to be noted only by the wind noise, which was then linked to sound of broomsticks and thus the name Night Witches was given by the German soldiers.

In just 4 years during World War II, Night Witches were able to successfully complete 30,000 bombing raids and dropped more than 23,000 tons of munition on the advancing German armies.

Interestingly this all-female Night Witches squadron was formed with every young woman in their late teens and early twenties who volunteered to actively involved in the war efforts, the brave women wanted to be engaged in combat on the front lines. Marina Raskova who was also known as the Soviet Amelia Earhart for her world records in long-distance flights that many male pilots couldn’t achieve, received a number of letters from soviet women who were willing to be involved in the war to support their nation.

Raskova took this seriously and put all her power of position and political contacts as a hero of the Soviet Union in use, petitioning to Joseph Stalin to be able to form all-female bomber units against the German military. This proceeded with the establishment of three all-female air squads on October 8, 1941 and the Soviet Union became the very first country to allow women pilots in combat missions. The three regiments included 586 Fighter Regiment, 587 Heavy Bomber Regiment, and 588 Night Bomber Regiment. Not alone pilots, but from commander to the mechanics, each member of the Night Witches was a female.

By mid-October, as confusion and chaos swept Moscow in the face of the rapid German advance, Raskova set up her training camps at the large aerodrome in the city of Engles on the Volga River. There, the women of the three regiments were to be trained with planes, engines, armaments and aeronautical study, and military drills. While the college-educated women were trained as navigators, those with factory or armor experience would work as mechanics.

Naturally, all volunteers wanted to become a famous fighter pilot, inspired by Raskova, but only the most talented were accepted into the fighter regiment since it required lightening quick reaction and ability to stay calm in the battle.

The Night Witches Fighting in WWII with Plywood Rust

The Night Witches in all means were given the worst conditioned equipment, but the strong women regiment made out the best even from the non-military grade equipment. They were provided uniforms that wouldn’t fit them and was meant to be used by male soldiers, but instead of complaining about it, the women in the squadron tore apart their bedding to stuff into their boots, so as to prevent them from slipping off.

Moreover, the Night Witches were to fly the Polikarpov Po-2, a flimsy biplane compared to then-modern dive bombers. An open cockpit, two seated planes that had been mostly used for training, made from lightweight plywood and percale which had finely woven fabric made out of cotton, it was cheap to manufacture, small, slow, and an outdated aircraft.

This unimpressive plane was nicknamed to Crop Duster or the Duck, while Germans knew it as a sewing machine or the plywood rust. The plane offered no protection from freezing wind at night in sub-zero temperatures, but Night Witches, brave enough not only fought the war using these rusty planes but did it successfully.

Since the plane was totally defenseless and too slow to outrun any of the German fighter planes, it could only operate in the safety of night. In fact, even small firearms could bring this plane down fairly easily. But the overall situation was so bleak, that even those little planes became a symbol of hope and resistance.

Over time women began to appreciate the simplicity of the crop duster, especially since the women of the Heavy Bomber Regiment had to fly the Su2 which was nicknamed “Bitch” because of how difficult it was to fly and master it.

The women in these regiments were constantly mocked and teased for their lack of femininity by the males. But this only hardened their determination since to them a “soldier was a soldier“.

Raskova ordered the women to shorten their hair and the battalions commissar forbade anything she saw as a girl talk and prohibited any sort of flirtatious behavior.

The inspiring strategies used by the Night Witches

The German forces, especially the ground battalions were so terrified of the Night Witches and their “stealth” techniques that no soldier would even light a cigarette in open at night.

Night Witches skills made German forces so terrified that rumors spread of the Soviet government enhancing the eyesight of the women with experimental medicines, and the German military even announced to issue a prestigious Iron Cross Medal to any soldier who would take down any Night Witch aircraft.

The Night Witches followed many skillful techniques during their missions, in which they usually flew in a group of three, the first plane would throw down flares to illuminate the target and loads would be dropped by the second after idling the engine and gliding to the target. They would then turn the engine back on and escape before the Germans could fight back.

Every morning, the women of the Night Witches came back with red faces and bloodshot eyes, they rebuilt their lives around their nocturnal life, having dinner in the morning and going straight to bed.

They were constantly tired and hungry but they were surely proud to show the Soviet Union that women could do as well as any men at war. With every successful mission, they earned more and more respect from fellow male pilots and officers. But that would not protect them from the constant danger they faced.

They had no parachutes given since the Soviet high command figured that in case of an engine failure, the planes could simply glide back on the ground. This totally disregarded the fact that the percale cotton fabric and plywood of the Polikarpov Po-2 plane would burn like crazy and if that ever happened, it was likely that both pilot and the navigator will burn to death.

But to Soviet high command, it was still preferable to be burned down and die, rather than to be captured by the German military forces, in fact, those who were shot down or crashed behind enemy lines were expected to fight to the death as capture was dishonorable to any Soviet soldier, and would leave a stigma for the rest of their lives.

Even pilots who were shot down behind the lines but made it safely back to their own lines were interrogated, and often condemned to death by the commissar.

Not all Night Witches were able to be as fortunate to escape from the Germans and 32 of the pilots lost their life on the front line, including Raskova.

23 Pilots of the regiments were prestigiously awarded the title of Hero Of The Soviet Union. But the Night Witches were excluded from the victory-day parade in Moscow, and the reason was the legendary plane they fought the whole war with, which was deemed too slow.

Nevertheless, The Night Witches concreted their place in history with their incredible skills and bravery, they might have drawn flowers on the side of their planes, but they definitely drew their places in the bravery chapters of the World War II history that very few have made. 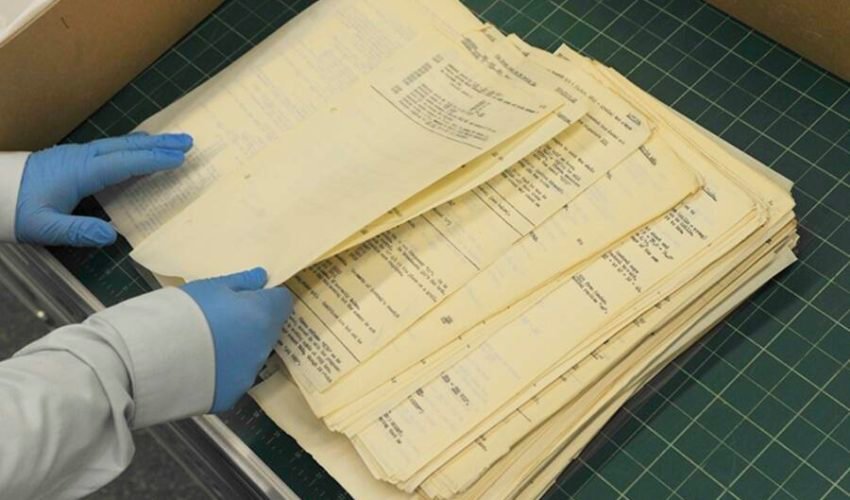 George Stinney Jr. Was the Youngest Person Put To Death In Electric Chair — Then…