It’s not every day when magnificent creatures like Nodosaurs are unearthed with their skin intact, the massive ancient animal that once walked on the land we are living on now.

Paleontologists from the Royal Tyrrell Museum, Alberta, Canada were more than excited to unveil a dinosaur, because it wasn’t just in form of skeleton, but was so well-preserved that it was considered a dinosaur “mummy” rather than just a fossil.

“We don’t just have a skeleton, we have a dinosaur as it would have been”, said one of the researchers involved in the discovery.

A 110 million-year-old plant-eating armored dinosaur which rested undersea for years helped preserve its armor, skins, some of its tissue, and even it’s last meal.

The discovery in 2011 took scientists by storm when a miner was operating heavy machinery to excavate the ground, only to find something that looked like a dragon. When the excavator’s bucket clipped something much harder than usual rocks, Shawn Funk thought it to be some kind of fossiled wood or ribs. Funk and his supervisor were both puzzling over these brownish ‘rocks’, as in their whole career they stumbled across many fossilized wood but never something so strange.

Since the exposed fragments were not something Funk and his supervisor could identify, Royal Tyrrell Museum of Paleontology was alerted of the find. Scientists Donald Henderson confirmed that no land animals have ever been discovered before in the oil sands as this one, it was an Ankylosaurian dinosaur and not a marine reptile, possibly washed out to sea after it died.

Nodosaur – the discovered dinosaur species – when alive would have been at least 3,000 pounds heavy and 18 feet long with 20-inch-long spikes on its shoulder. Although how it remained so well preserved still something of a mystery, researchers suggested that being submerged in the ocean floor was a major factor in its preservation. Eventually, the preservation was so good that researchers were able to find the color of its skin.

It took almost 6 years after it the discovery of this fossil was publicized since technician Mark Mitchell spent these years to study and remove adhering rock from the fossil. The species was then named B. Markmitchelli to recognize the skilled work done by Mitchell on the fossil. It was then displayed on May 12, 2017, as part of the Royal Tyrrell Museum’s ‘Grounds for Discovery’.

Scientists believe that the coloring was a sign of early counter shading – a camouflage technique that provides protection to the animals from predators that we can observe in current time animals too. The color and the tough armor on it’s back probably protected Nodosaurs from enormous carnivores.

This unique impressive natural preservation help protect the skin, armor, and guts in and out, making it possible to obtain the original shape of the animal.

“It will go down in science history as one of the most beautiful and best-preserved dinosaur specimens — the Mona Lisa of dinosaurs,” said Caleb Brown, one of the researchers of the museum. 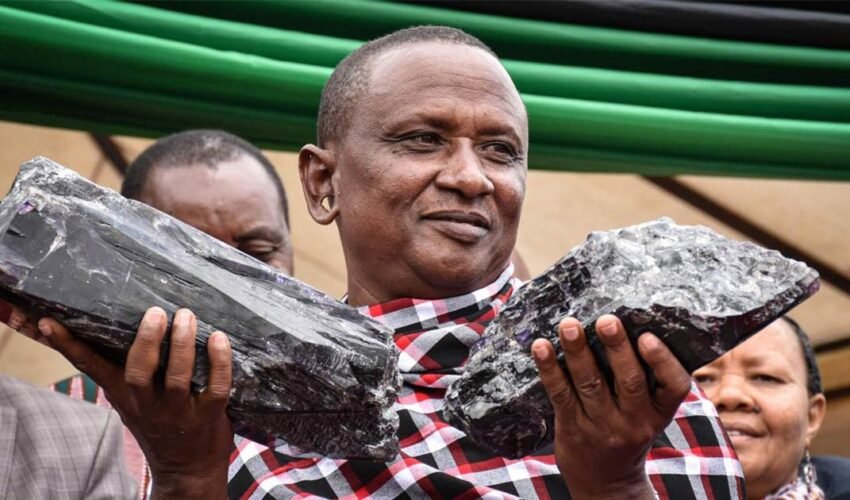