23-year-old Joe Arridy didn’t understand the concept of death and requested ice cream as his last meal, he was described by the warden as “the happiest man who ever lived on death row.”

Joe Arridy was born on April 29, 1915, to Henry and Mary Arridy, in Pueblo, Colorado. As a boy, he started speaking late, he also found it difficult to speak full sentences because he never spoke sentences with more than a few words.

The doctors called him imbecile – a clinical term used in those days for someone with the mental capacity of a child between four and six-year-old someone considered more capable than an idiot but not quite as swift as a moron.

He had an IQ of 46 and his inability to learn caused him problems early on. His headmaster told his parents to leave him at home after only one year of primary school. At the age of 10, Joe was admitted to the State Home and Training School for the Mentally Disabled in Grand Junction, Colorado, where he stayed for some time until he finally ran away at the age of 21.

The Night of The Attack

When Dorothy Drain’s parents returned to their home on August 15, 1936, they were not prepared for the sight they were about to witness – their 15-year-old daughter was dead in a pool of her own blood, she was killed by a blow to the head while she was sleeping.

To make matters worse, their younger daughter Barbara was also hit in the head. The coroner determined that the elder daughter Dorothy had been raped and suffered a fatal blow to the brain with a sharp weapon such as an axe – she was killed first and then sexually abused.

The attack on sisters Barbara and Dorothy bore a striking resemblance to another attack on two sleeping women that had taken place just two weeks earlier.

On the night of the attack, two women in the neighborhood claimed to have been grabbed from behind on the street by a short man. They described him as a “Mexican” looking man.

The Arrest of Joe Arridy

The police were under heavy pressure to catch the killer as the word of the tragedy spread across the city, hundreds of people were standing in front of the residence.

Pueblo Police Chief Arthur Grady wrote in an article for a true-crime magazine, published just months after the killing.

11 days after the murder, Sheriff George Carroll decided to question a young man who was wandering around the railyard. The man was 21 years old, 5′ 5″ tall, 125 pounds, with a dark complexion, Joe Arridy.

Joe’s parents were Syrian immigrants, which contributed to his dark complexion as described by the two women who claimed they were grabbed from behind in Pueblo. But what caught sheriff Carroll’s attention was Joe said that he’d come by train from Pueblo.

Carroll questioned Joe for almost eight hours over the next two days – Carroll did not even bother to write down the confession he got from Joe in the eight hours of questioning.

Sherrif Carroll would later testify – from his memory, as there were no notes, no witnesses for most of the interrogation – a harrowing story about the night of the attack. He said that Joe had spied on the girls from the bushes outside, and after he saw the parents leaving, he snuck inside and hit the girls in the head, took his clothes off, assaulted Dorothy, dressed, and left.

Carroll asked Joe if he liked girls? Then immediately followed another question “if you like girls so well, why do you hurt them?”

Many elements of the story made no sense at all. First Joe talked about beating the girls with a club, then he turned the weapon into an axe. Joe couldn’t tell where he got the axe from.

He arrested Arridy and called the Chief to tell him that he had a “nut” who was unable to read and write but knew the details about the murder of Dorothy Drain. Carroll added: “He’s either crazy of a mighty good actor”

It should have been clear to everyone involved in the case that Joe Arridy wasn’t guilty and his confession was a result of a man who had interrogated him.

In the meantime, Chief Grady arrested a suspect named Frank Aguilar. Frank was found guilty of the murder and was executed after being identified by Barbara Drain.

Frank had worked for the Drains on WPA projects and had been discharged by him. Frank had seen the girls at worksites and police found that hatchet head with distinctive nicks that seemed to match up with the wounds inflicted on Dorothy Drain.

The Confusing Case of Joe Arridy

The hatchet head recovered from Frank’s house was taken to the station and Joe Arridy was asked if he recognized the hatchet?

Joe said it belonged to someone named Frank. The story changed overnight, now Joe claimed that he had committed the crime with Frank. That it was Frank who hit the girls, he offered very little useful information. An officer told the reporters that the suspect seemed to be hungover “from the use of marijuana or something similar.”

When Arridy was taken to police headquarters for a confrontation with Frank Aguilar. Arridy said “That’s Frank,” to which Frank replied, “I never seen him before.”

All of this took place while Joe Arridy was still being held for the murders himself, but the local law enforcement was convinced that Frank and Joe Arridy were involved in the crime.

Either way, public outrage continued even after Frank was executed. Although three psychiatrists testified at Arridy’s trial and declared him mentally handicapped with an IQ of 46, Arridy was found guilty and sentenced to death.

The Happiest Man On Death Row

The main focus for Joe Arridy’s defense was that he was not legally sane and he was “incapable of distinguishing between right and wrong and therefore, would be unable to perform any action with criminal intent.”

Joe Arridy even struggled to explain the simplest of things, such as the difference between a stone and an egg. He also did not understand the concept of death.

The prison warden Roy Best reported that “Joe Arridy is the happiest man who ever lived on the death row” and when Joe was informed of his execution, he was more interested in his toy trains.

When he was asked what he wanted for his last meal, he asked for ice cream. After giving his toy train to another prisoner on January 6, 1939, Arridy was led into the gas chamber, where he grinned as the guards strapped him to the chair.

His execution was fairly swift, although the prison warden is reported to have cried in the chamber.

The attorney, Gail Ireland who appealed the Colorado Supreme Court on Arridy’s behalf, had written during the case “Believe me if he is gassed it will take a long time for the state of Colorado to live down the disgrace.”

It was not until 2011, after more than seven decades after Arridy’s execution, the Colorado Governor Bill Ritter granted him a posthumous pardon. “Pardoning Arridy cannot undo this tragic event in Colorado history… It is the interests of justice and simple decency, however, to restore his good name” Ritter said.

He was reported to have smiled while being taken to the gas chamber. Momentarily nervous, he calmed down when the warden grabbed his hand and reassured him.

George Stinney Jr. Was the Youngest Person Put To Death In Electric Chair — Then After 70 Years He Was Proved Innocent 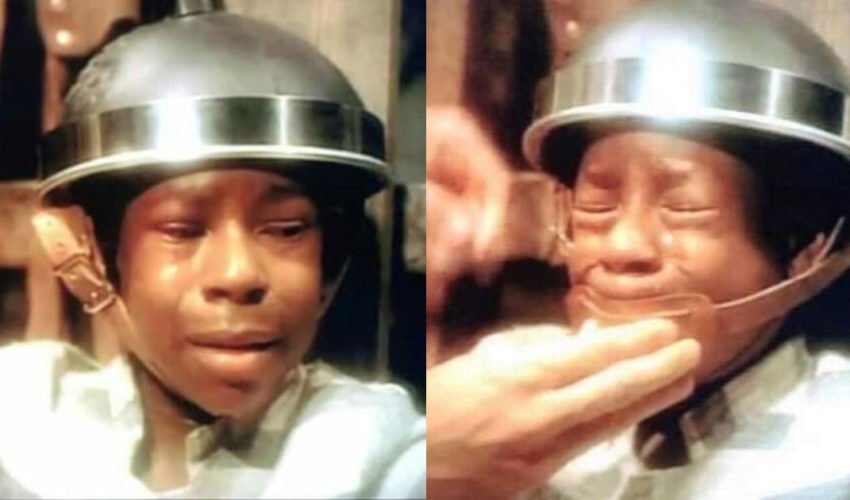