After decades of researches, and trying to find another planet to have human life, we came far to find life on Mars.

You probably may have imagined how the human will look like on Mars as the first living beings there. But imagine it not being actually humans.

That’s what the journal FEMS Microbiology Ecology says in the paper published.

The paper argued about “the role of microbes as primary colonists on the Red Planet”, “for future plans of extraterrestrial colonization”. This simply means that before Humans colonize, Mars should be infected with “microorganisms” – the bacteria, viruses, and fungi that support many of life’s processes here on Earth.

Microorganisms on Earth are the reason for many of the processes that sustain life, including decomposition and digestion — and even Earth’s climate.

The paper supported spore formers and extremophiles as the main organisms and also raised the issues like ‘How can our bacteria survive in unfamiliar space environments?’ Another important issue is ‘How can we track accidental microbial introductions into space environments?’ said the paper.

Mars has a super-thin atmosphere, without protection, any human will quickly die inside the Mars atmosphere. There is not enough atmospheric pressure and it is claimed that we could only raise the atmospheric pressure of Mars from about 0.6 percent that of Earth’s to 7 percent. That’s not exactly enough to keep all your organs inside your body on Mars without wearing a spacesuit.

The reason is there isn’t enough CO2 on the planet to increase the atmospheric pressure to terraforming levels. Although CO2 contributes to 95% of its atmosphere, its simply not enough for terraforming it, compared to Earth’s atmosphere.

The solution to how Homo Sapiens will survive on Mars is another story, but before the first humans are sent there, the Red Planet must contain all the microorganisms necessarily required for the human body to function properly.

While NASA denied the possibility of terraforming Mars surface, Elon Musk disagreed. He said that Mars has plenty enough CO2 trapped in its soil for terraforming. Although no research was specified backing his claim.

As the NASA report admits, terraforming Mars will require technology that we don’t have yet. But probably we will have it soon as Musk has plans to colonize Mars in 2024, and a lot can change till then.

Whether or not to infect Mars with microorganisms may not be decided yet, but microorganisms sure created life on earth, after all neither Humans nor Plants were first living beings on Earth, for many years single-celled microorganisms lived on its surface before any other living thing evolved on Earth’s surface, and the life evolved the right way with the help of these microorganisms, isn’t it?

Butterfly effect – How Anime was a result of World War? 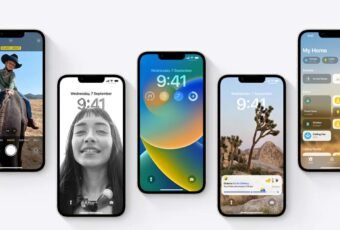