The case dates back to 1970, and on Tuesday a Birmingham court found Carvel Bennett, the man accused of raping the 13-year-old. The sentence was handed down after the court obtained the DNA of the rape victim’s daughter.

The victim placed the child in a foster home, and the child was adopted when he was seven months old. When the daughter reached the age of 18, she became aware of the circumstances of her birth, eventually deciding to pursue the case of the biological mother, providing DNA samples that revealed that Carvel Bennett was 22 million times more likely to be her father than other men.

The man convicted of rape initially denied paternity, claiming that he had sexual relations with the victim with her consent and that the victim had duped him into believing the girl was 16 years old.

Sentencing judge Martin Hurst stated that Carvel Bennett was “blaming the victim,” adding that he recognized the rape’s profound effects on both the victim and the victim’s daughter, and commended the young woman for bringing Carvel to trial. claiming that the prosecution would not have taken place if the young woman had not been determined to seek justice for the crime involving her birth mother.

The victim stated in a statement read by the victim’s attorney in court prior to sentencing, “over the years I have come to realize that when you are a child you have no voice or control over your life.” My life was once traumatic as a result of neglect and other forms of sexual abuse. I was told not to say anything because no one would care or believe me.

For many years, the victim felt disgusted with herself, believing it was her fault and “carrying her shame, even though she felt the shame was mine.” He also testified in court, claiming that Carvel Bennett was responsible for “total carnage” and that he is “more than evidence, more than a witness, more than a ‘product’ of a violation.”

His adopted daughter campaigned for justice after discovering details of her conception from birth records when she was 18 years old.

After the BBC covered her story in 2019, police launched an investigation. According to the court, DNA results showed that the defendant was 22 million times more likely to be her father than any other unknown Afro-Caribbean man unrelated to him.

In less than two hours, a jury at Birmingham Crown Court returned a unanimous guilty verdict.

His daughter stated that he had eluded justice for far too long.

The woman’s mother, who did not want to be identified, testified in court that she was 13 years old when Bennett told her to take her clothes off and lie down while they were alone in a bedroom.

“I don’t want you to do this,” she said, claiming she was a scared child. “Do not say anything,” he replied.

“I didn’t want this to happen, so I did what he said,” she explained.

“I’m not going to be able to fight him. He simply told me to be quiet.”

Bennett, who was in his late twenties at the time, did not deny having sex with the victim, but claimed he mistook her for 16 and consenting. She categorically denied both claims.

‘Brushed under the carpet’

The victim did not tell anyone she was pregnant at first, but later revealed to her parents and social services who the father was and that he had raped her.

She claimed it was “brushed under the carpet by the adults,” and she blamed herself for years.

Bennett was named as the father in social services records at the time, and their ages and the allegation of rape were recorded.

When the woman’s daughter turned 18, she requested her adoption records and tracked down her birth mother.

After learning the details of her conception, she asked the police to use her DNA and the files to pursue a so-called “victimless prosecution,” in which her mother would not have to testify.

Police informed her that she was “not the victim,” and thus no case could be filed.

Bennett was charged after her mother decided to give police a statement more than 40 years after the incident occurred.

In court, facing her father as he was sentenced, his daughter said in her victim impact statement that it had taken incredible strength to continue fighting for justice.

“The pain you have caused is incalculable,” she said.

“To be aware that I exist because you chose to rape a child, to be aware that you are the sum, the embodiment, of one of the worst things that can happen to someone, to be pregnant by your perpetrator.

“I am not your shame, and I will not bear the horror of what you have decided to do.”

She is now campaigning for legal changes to assist people conceived as a result of rape, including legal recognition as victims.

Bennett’s crime, according to Judge Martin Hurst, had destroyed two lives, and his daughter was unquestionably as much of a victim as her mother.

He praised her for seeking justice “doggedly and with determination,” and urged others in her situation to do the same. 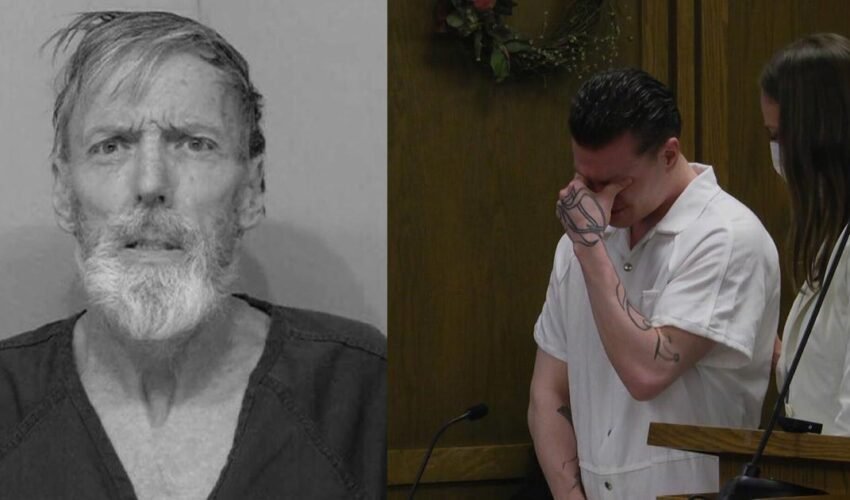