McKenzie Hellman, a Virginia man accused of murdering his girlfriend’s two-year-old son, was sentenced to two life terms plus 90 years in prison on Tuesday.

Hellman was convicted of sexually assaulting Steven Meek II, as well as charges involving child pornography, by a jury in March.

Hellman then pleaded guilty in late July to second-degree murder and child abuse and neglect in connection with 2-year-old Meek’s death in 2019.

“Little Steven Meek paid the ultimate price for Hellman’s heinous decisions. Hellman shows no remorse,” said Mary K. Pettitt, the Commonwealth’s Attorney for Montgomery County. “Fortunately, he will spend the rest of his life in prison.”

The sentence “combined the two life terms plus 45 years that a jury recommended in March after convicting Hellman on a slew of sex abuse and pornography charges, as well as the maximum sentence for the second-degree murder and child abuse charges to which Hellman admitted guilt last month.”

Several members of Meek’s family spoke at the hearing on Tuesday, with his father, Steven Meek, saying, “We will miss him more than words can describe,” according to the Roanoke Times.

According to Virginia court records, Meek’s mother, Kayla Thomas, was convicted in June on multiple counts of sexually abusing the boy and producing child sexual abuse material. She was sentenced to two life sentences plus ten years by a jury. She is currently awaiting her sentencing hearing, which is set for September 23.

Hellman initially denied any involvement in Meek’s death, telling police that he and his 2-year-old son were playing and jumping on the bed when Meek fell and hit his head. Hellman later changed his story, telling investigators that he had no recollection of what happened to the boy. He then apologized again, saying he was breaking up a fight between the boys and may have accidentally pushed Meek into a dresser.

Hellman’s son, on the other hand, later told his mother that Hellman had “hit and kicked” Meek.

Meek had 22 separate blunt injuries, bruises, and scrapes on his head, as well as an additional 13 injuries on the underside of his scalp and 10 injuries to his torso, according to an upsetting autopsy report.

According to Dr. Amy Tharp’s report, “Steven [Meek] had significant bleeding around his brain.” “When we are born, our skulls are made up of several bones that are not connected by soft tissue. The bones of a baby grow together to form a solid skull as it grows. In Steven’s case, the pressure and bleeding around his brain were so severe that the bones popped back open.” 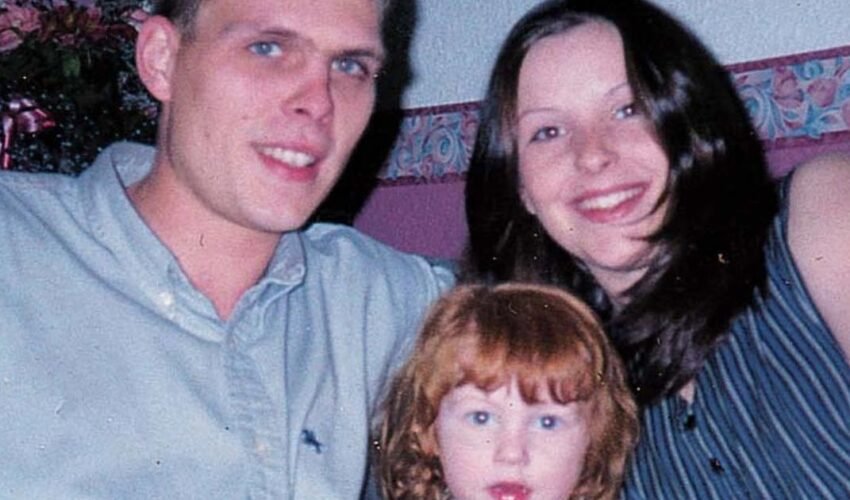 Brandi Worley: The Mother Who Killed Her 7-Year-Old Son and 3-Year-Old Daughter So Her Husband…