Lyuda Kuzina went missing from her garden near Obninsk in Russia’s Smolensk region – and just as rescuers were losing hope, they heard a “faint squeak” from the dense forest.

A toddler miraculously survived three nights alone in a dense Russian forest teeming with wild bears and wolves. Lyuda Kuzina, a 22-month-old girl, wandered away from her mother as she played in her unfenced garden.

A massive rescue effort of 500 searchers for the girl near Obninsk in the Smolensk region drew 500 searchers, and hope was fading when she was discovered alive.

Lyuda, the 22-month-old daughter of a nuclear physicist, was eventually located in the thick forest around two-and-a-half miles from her home.

“One of the groups stopped to rest after searching for a long time, and suddenly they heard a faint squeak,” said a spokesman for SALVAR rescue group.

“They called once more.

“And then I heard another squeak.“

Lyuda immediately stretched her thin arms out and snuggled close to her rescuers….

“Everyone cried – experienced and first-time volunteers, local residents – everyone was in tears.”

She was discovered in a forest of fallen trees, surrounded by wild animals such as brown bears and wolves.

Temperatures at night were unusually warm, around 20 degrees Celsius, which aided her incredible survival.

‘Little Lyuda was discovered in a windbreak, where she had wandered after spending several days alone in the forest.

“She was frail, covered in insect bites, but most importantly, she was alive.”

A video shows the girl being reunited with her relieved mother at the search headquarters.

She was able to drink from a water bottle by herself.

The girl was shown wearing nothing on top, but there was no word on what she was wearing when she wandered into the forest.

Her mother, who had not been identified in reports, had gone to speak with a neighbor, and Lyuda’s elder had followed her.

The little girl pursued them but became disoriented.

“Rescuers carried the girl to the edge of the forest,” said Anna Kuznetsova, the Kremlin’s children’s ombudswoman.

“There was already an ambulance waiting for her.

“The baby is now being examined by doctors at a local hospital.

“She is awake and attempting to speak.”

Lyuda was taken to the Special Children’s Clinical Hospital in Smolensk, the regional capital.

A helicopter had been waiting to fly her to Moscow for emergency treatment, but her condition was determined not to necessitate transfer to the capital’s top hospital.

“The child’s condition today is moderate, and there is no threat to her life,” regional health minister Olga Stunzhas said.

The girl is receiving intravenous fluids to help her strength.” 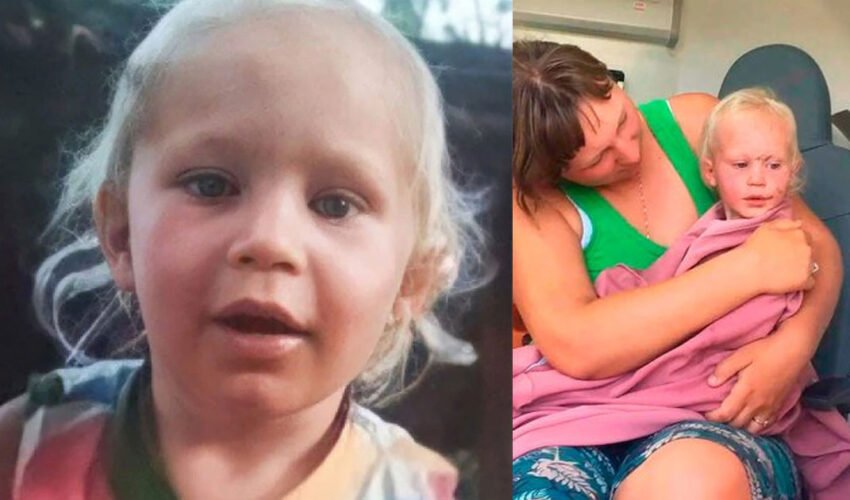 Girl In The Window: For 7 Years No One Knew She Existed, Until a Neighbor…