A sexual predator who faced a sentence of more than 15,000 years in prison for 865 counts of child rape was pleasantly surprised when he was given a much shorter sentence. Despite the fact that he could have been released after serving the bare minimum sentence, his fellow inmates made certain that this would never happen.

Garrick Landon Bloom, 48, shocked Florida when he was arrested in Tallahassee and charged with 865 counts of child rape. The child predator was apprehended after grooming a 5-year-old boy and repeatedly sexually abusing him for years.

He agreed to the deal of the century when he realized he was facing over 15,000 years in prison. Bloom was sentenced to no less than 40 years in prison and no more than 80 years in prison after entering a guilty plea to all but five counts of first-degree felony child rape. Bloom could have been released during his lifetime, putting the lives of countless children in jeopardy.

Bloom was apprehended at an emergency homeless shelter where he had been staying for two days after fleeing the police for more than a month. According to Deputy Commander Marty West of the Tallahassee Democrat, he was arrested outside the Kearney Center and taken into custody by the US Marshals Fugitive Task Force.

“That’s a high traffic area for children getting off school buses,” West said of where Bloom was taken into custody. “Having a predator like that hanging around Tallahassee, it would have only been a matter of time.”

Bloom had fled from his home in Clarion, Pennsylvania, to Tampa and then Tallahassee. After a warrant for his arrest was issued, he eluded authorities for a month. The case was taken over by US Marshals, who eventually tracked him down and apprehended him.

Even the most heinous criminals consider child abusers and rapists to be at the bottom of the prison food chain. Bloom didn’t have to wait long to have a run-in with one of his fellow inmates as a result.

Bloom was found unresponsive in his cell shortly after 11 p.m., just months into his prison sentence, according to the Pennsylvania Department of Corrections. Although officers and medical personnel attempted life-saving measures right away, their efforts were in vain. Bloom was declared dead after emergency medical personnel arrived at the facility.

According to Explore Clarion, Bloom’s death was ruled a homicide following an investigation by Pennsylvania’s State Police Barracks at Clearfield. The cause of death was determined by the Clearfield County Coroner’s Office to be ligature strangulation, which is defined as strangulation caused by a constricting band tightened by an external force.

Police are hoping to identify and prosecute his assailant. No further information about Bloom’s strange and mysterious death has been released as of yet.

Bloom would have been required to register as a Tier 3 sex offender for life if he had survived his prison sentence long enough to see his freedom. This, however, would not protect the children with whom he could easily come into contact, leaving many vulnerable to abuse.

Bloom, on the other hand, will never be able to harm another child again, and his young victim will be able to begin the healing process.

French ‘Pedophile’ Who Molested Over 300 Children Kills Himself In Prison 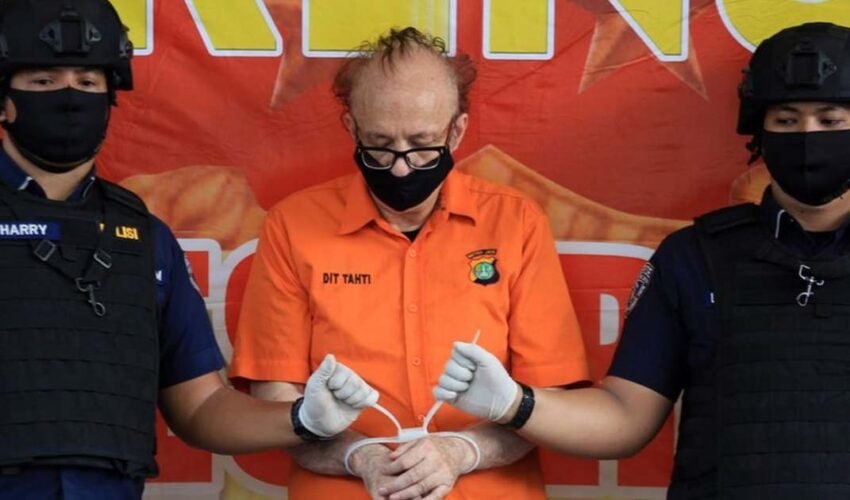