Alexandria Vera, a 24-year-old school teacher from Houston, Texas claimed that she and the eight-grader are in love. Vera admitted to having a nine-month affair culminating in an aborted pregnancy with her 13-year-old student.

Alexandria Vera was an English teacher at Aldine ISD’s Stovall Middle School, she was sentenced to 10 years in prison. Vera resigned from her teaching position with Aldine Independent School District in Houston, Texan, soon after she was arrested.

The love story of the couple began when they first met on Instagram, what more bizarre than their relationship is that the boy’s parent knew about it and approved their relationship, the boy introduced Vera to his parents as his girlfriend.

The story began with Instagram and the blessing of the boy’s parents — The complete timeline of their love story looks something like this.

After the allegations of the relationship become public, Vera was removed from the school and placed on administrative leave.

Alexandria Vera Is Sentenced To Prison

Alexandria Vera was sentenced to 10 years in prison for having a long-term sexual relationship with a 13-year-old student who impregnated her. The state District Jude Michael McSpadden said the sentence was intended to send a message and make an example of her because he’s aware of many similar cases.

“We want our educators to teach our students, We want them to keep their hands off the students,” the judge said.

Vera was initially charged with continuous sexual abuse of a child, which carries a maximum life prison sentence, but she pleaded guilty of a lesser assault charge. Vera will be eligible for parole in five years.

Vera isn’t the only one from Stoveall Middle School

However, Vera isn’t the first teacher from Stovall Middle School to be accused of impropriety with a student. Felicia A. Smith was charged with an improper relationship with a student after she gives him a lap dance. 15-year-old was given a lap dance by Felicia because it was his birthday.

The boy said the whole class encouraged him to sit at the front of the room, where Smith allegedly performed a full-contact lap dance to music which lasted for four minutes.

The boy described the whole incident to Aldine ISD police that touching occurred between the two. Felicia ended the dance by hugging Smith and telling him, “I love you baby, happy birthday.” According to experts, this is not the first instance of Maharashtra's Lonar lake changing color. But this time, it is… 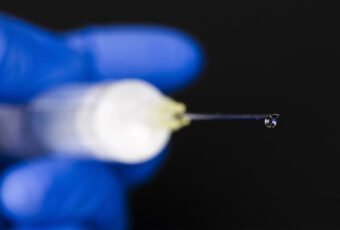 Over the years, pedophilia related crimes has increased in the country, the number of underage rapes doubled to 1,000 between… Advertisement Tanzanite is one of the rarest gemstones on Earth and its appeal lies in a variety of hues, including… 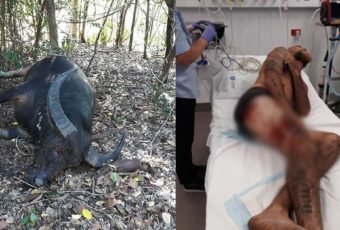 Along with the skeletons, the discovery also yielded numerous weapons, medals, and tool

Couple Arrested For Bestiality; Love Triangle With Husky In A “Sex Chamber” Advertisement A couple from Aurora, Colorado faces cruelty to animal charges after police found videos of them having sex with…