Occasionally, archaeologists unearth treasure troves of fascinating archaeological finds. Some of those ancient discoveries remain a mystery to us, while others are easily explained. We know what people used anchors, keys, and helmets for, but the fact that those artifacts survived hundreds, if not thousands, of years is incredible.

The objects listed here may appear mundane at first glance, but when you consider how long ago they were created and used, you will be amazed.

In May 2020, archaeologists from Verona’s Superintendent of Archaeology, Fine Arts, and Landscape discovered an ancient Roman mosaic floor beneath a vineyard. The floor dates from the third century AD and is located close to an ancient Roman villa.

According to the Municipality of Negrar di Valpolicella’s Facebook page, technicians from the Verona Superintendence are attempting to determine the exact length and location of the flooring.

16th Century Ring That Unfolds Into An Astronomical Sphere

The armillary sphere rings worn by explorers during the 16th and 17th centuries were collapsible pieces of equipment that symbolized knowledge. They were comparable to larger navigational tools. The rings, which could have two to eight bands, could be embellished with astrological symbols or ornate stones. This ring is from Germany, but designs for astrological finger rings are frequently associated with the 15th century Jewish physician Bonetus de Latis.

A Corinthian Helmet from the Battle of Marathon

The Corinthian helmet, which contained the wearer’s skull, is thought to date from the Battle of Marathon and was discovered in Greece in 1834 by George Nugent Grenville, Lord High Commissioner of the Ionian Islands. The battle in 490 BCE between Greek and Persian forces gives rise to the legend of Pheidippides, the Athenian messenger who ran throughout Greece to warn of the impending battle and the forefather of the modern marathon.

Archaeologist Veselin Ignatov and his team discovered a chariot with two full horse skeletons in 2008, which is somewhat common in the region that is now Bulgaria. The chariot was made of wood and had a bronze covering that represented “prestige, power, and authority.” It was between 1,800 and 2,000 years old. According to Ignatov, the horses were most likely slaughtered during the burial, with additional sacrifices made to the gods to facilitate passage to the afterlife.

Roman Gold Coins found in the basement of an Italian Theater

In 2018, a team of archaeologists discovered hundreds of gold coins beneath the Cressoni Theater in Como, Italy. The coins were “buried in such a way that in case of danger they could go and retrieve it…They were stacked in rolls similar to those seen in the bank today,” according to numismatist Maria Grazia Facchinetti. The coins ranged in date from the late fourth century to around 474 CE, implying that “the owner is not a private subject, but rather a public bank or deposit.”

Alberto Bonisoli, Minister of Culture, stated that the theater, which opened in 1807 and closed in 1997, was scheduled to be demolished. However, the entire area was spared, proving to be, in Bonisoli’s words, “a real treasure for our archaeology.”

Fabbriche di Careggine is a medieval village in Tuscany, Italy, founded in 1270 by a community of blacksmiths. When the Enel Dam in the region was completed in 1946, the village vanished beneath the waters of the artificial Lago di Vagli (and its 150 residents relocated).

Throughout the years, the ancient ruins have been visible whenever the lake has been drained for maintenance. The village is set to reappear in 2021 for the first time since 1994.

The 20-sided dice, known as an icosahedron, was used by Greek and Roman diviners. The dice, which is now on display at the Metropolitan Museum of Art in New York City, was discovered in Egypt and dates between the 2nd and 4th centuries BCE. It is made of serpentinite and is inscribed with Greek letters. It was previously held in Reverend Chauncey Murch’s private collection as early as 1883.

The thin, gold sandals and toe coverings were discovered among the funerary items of Thutmose III’s three foreign wives and date to the mid 15th century BCE.

Thutmose III (d. 1425 BCE) ruled Egypt successfully over Syria and Palestine, was a patron of the arts, and brought prosperity to Egypt during his reign. His three foreign-born wives, Menhet, Menwi, and Merti, were all from Syria, and their shared tomb was discovered in 1916 by local residents. Following an initial looting assault, antiquarian officials began excavating the site. Three pairs of sandals, described at the time as “thin plates of gold which were sometimes used to cover the soles of the dead’s feet after they had been flayed,” were discovered.

The horn of the Last Aurochs Bull that Died in 1620

Until the early 17th century, aurochs were large cattle that roamed the landscapes of Asia, Europe, and North Africa. The last known aurochs lived in Poland until 1627, but a horn from an aurochs bull that died in 1620 provided scientists with information about the animals’ genetic make-up. Three aurochs drinking horns, including the last aurochs, show DNA similarities with modern domestic cattle.

The collection of gold objects known as the “Varna gold,” which was discovered in Bulgaria in 1972, dates back to 4,600 BCE. When construction workers began work on a factory near the Black Sea, they discovered the Copper Age items in a burial chamber. Archaeologists discovered 13 pounds of gold jewelry, beads, and breastplates, as well as decorative bulls and rings, between 1972 and 1991.

The discovery of the first grave prompted archaeologists to continue digging, and they discovered 312 graves over the course of 15 years. Archaeologist Vladimir Slavchev observed that the individual buried in one room was encrusted with gold, including scepters, weapons, and a gold phallus.

Martial, a Roman poet, referred to the Roman town of Baiae, which is now partially submerged in the Bay of Naples, as the “golden shore of blessed Venus” (d. 104). Archaeological excavations at “Nero’s Sunken City” have been ongoing for decades, revealing the site’s luxury and grandeur. Underwater villas have elaborate mosaics and marble floors, and numerous statues dot the vast underwater landscape.

In terms of Emperor Nero (r. 54-68 CE), archaeologist Kevin Dicus notes, “At Baiae, Nero could engage in his hedonistic lifestyle.” He could go to the baths, enjoy the hot springs, eat fresh oysters, have boat parties, get drunk, and have sex, all away from Rome’s drudgery of daily politics.”

The World’s oldest bottle of wine

The oldest bottle of wine was discovered in a Roman tomb in Germany in 1867, dating from 325 to 350 CE. The bottle, named after the city of Speyer, near where it was discovered, has unique dolphin-shaped handles and is sealed with wax and olive oil. Several other bottles were discovered alongside the Speyer bottle, but they were all empty or broken. Although the exact contents are unknown, archaeologists believe the concoction inside was made from grapes grown in the area. 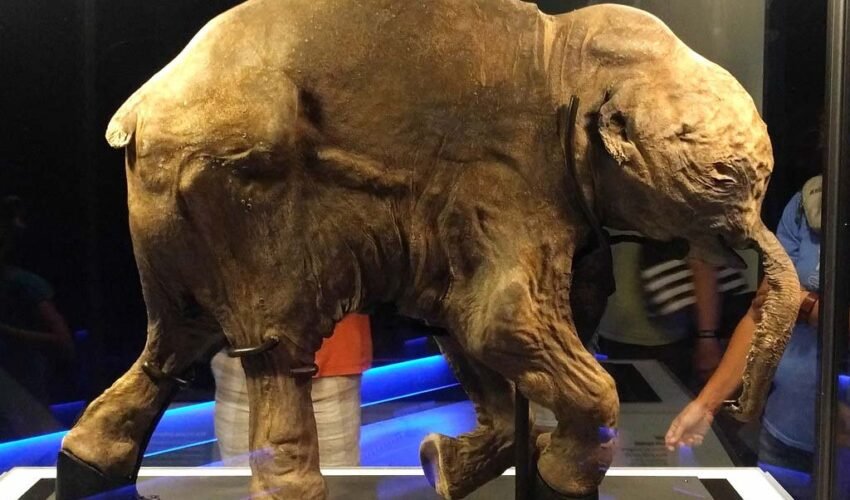